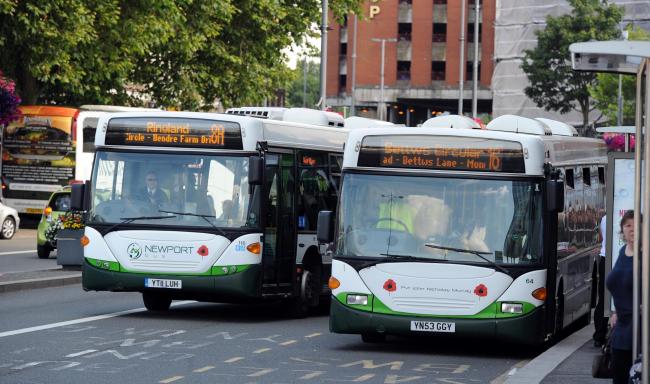 A TEENAGER who attacked a bus driver and caused £800 worth of damage to his vehicle has escaped going into custody.

Joshua Thomas Seivwright, 18, of Stow Hill, Newport, was sent to a young offender institution for 16 weeks, suspended for 12 months.
The city’s magistrates’ court heard how the Newport Bus driver was injured during the incident on February 5.
Seivwright, who was 17 at the time of his offences, admitted assault by beating and criminal damage.
He was ordered to carry out 100 hours of unpaid work and complete a 10-day rehabilitation activity requirement.
The defendant must also pay £500 in compensation to Newport Bus, £100 compensation to the driver, a £128 surcharge and £85 costs.
Although the ruling by the judge has caused outrage across Wales upon hearing the lightly regarded sentence.
Former Cardiff Bus Driver, Michael Harvey, was one of those who hit out:
“If bus drivers who offer a public service can’t be protected from these loutish thugs aren’t made an example of what hope is there?
“I jacked the job in after being threatened so many times; I know many who have been attacked.
“This sentence is a complete joke, and the poor driver only got awarded a £100? – it’s madness,” he stormed.
Advertisement