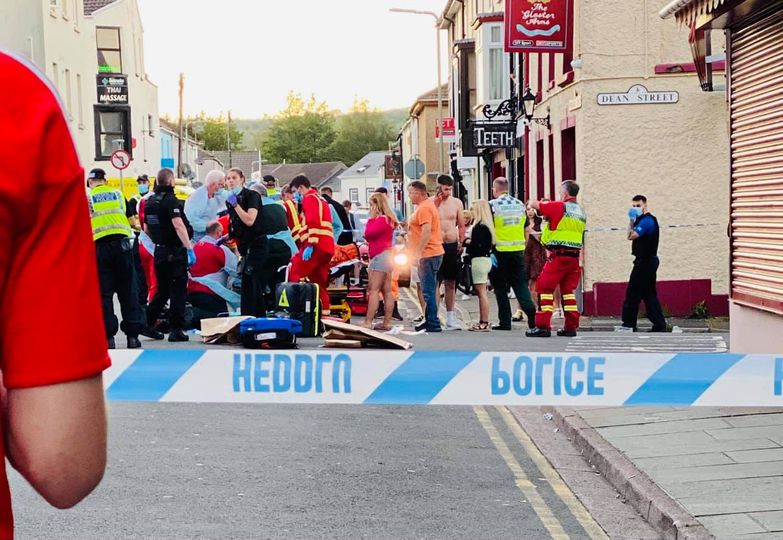 One of those injured is believed to have life-threatening injuries, South Wales Police confirmed.
A 19-year-old male has been arrested on suspicion of attempted murder.
Another 19-year-old male has been arrested on suspicion of affray and grievous bodily harm.
Detective Inspector Emma Hampton said: “Our officers will be working beyond this evening and into the early hours to try and ascertain further detail about this incident, however, we have already made two arrests.
“We will be making extensive enquiries and I would urge members of the public to get in touch with us to provide their accounts of what they saw this evening.
“If you have any video footage of the incident then we would like you to get in touch.”
Anyone with any information is asked to get in contact with South Wales Police by one of the following means quoting reference number 2100206078.
• Go to: https://bit.ly/SWPProvideInfo
• Send us a private message on Facebook/Twitter
• Via email: PublicServiceCentre@south-wales.police.uk
• Phone: 101
Advertisement