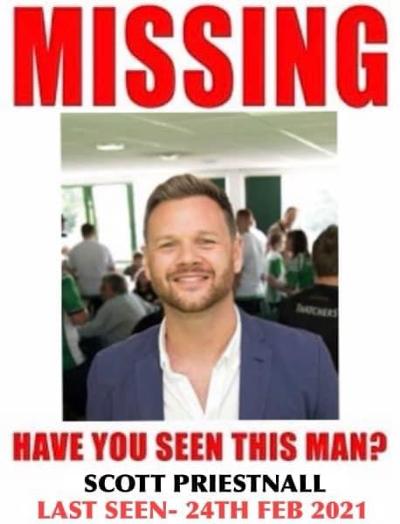 Football fans of Yeovil Town FC have arranged a missing poster for their owner Scott Priestnall.

Football supporters of non-league football outfit Yeovil Town are concerned about the whereabouts of the club’s current owner and have now arranged missing posters on his behalf.

Scott Preistnall, who purchased the West Country Club with a business partner just over 2.5 years ago, was well known for enjoying the limelight and publicity after he took over the club, but since a public spat with a supporters trust as well as running into financial issues to where he wishes to sell the clubs land and stadium to the local council, the club Chairman and co-owner appears to have gone AWOL.

Whilst the posters are a sarcastic touch by loyal football supporters of the club, his lack of appearance is causing some serious concerns, especially as the current company owner of Yeovil Town is listed with Companies house of having been involved with four previously dissolved companies.

Whilst other clubs in the National League are busy signing new players, local rivals Weymouth having so far signed six, Yeovil have been more focused on releasing players to get them off the cash striken clubs wage bill.

The previous welcoming of Priestnall by the Glovers fans seems to have worn off since enjoying the initial schmoozing period and now the hope is that he offloads the club before it enters rumoured administration after a disastrous reign.