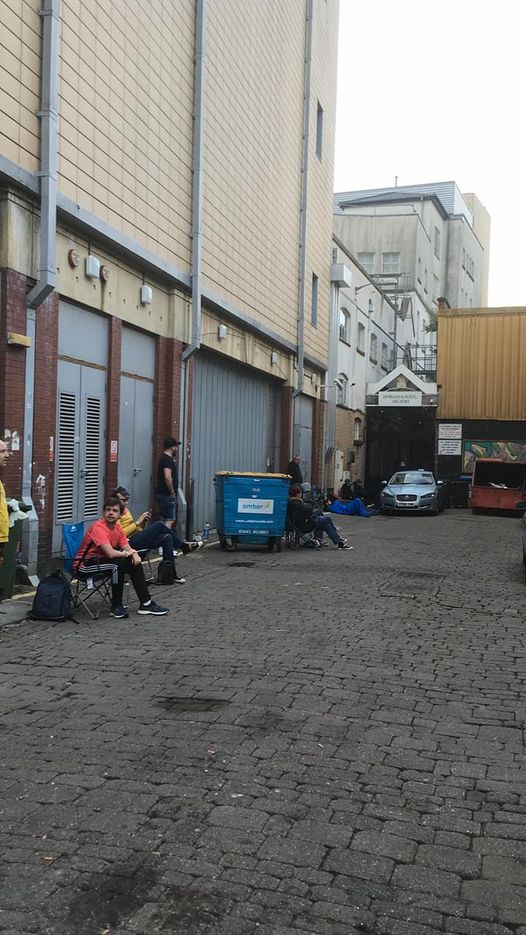 Welsh record buyers have been mistaken during the night as tramps and vagrants.

It’s world record day in the UK today, and in Cardiff, vinyl lovers started camping out last night to be first in the line.

A line started forming outside Spillers records at around 8 pm yesterday evening as around 25 record lovers started to form outside the worlds oldest record store.

Although unwittingly, the local soup van thought they were tramps living on the City’s streets.

Volunteer Andy Locke, who, as always on a Friday, trawls Cardiff with the homeless soup van serving out hot dishes, mistook them as ‘new customers’.

He told Global247news, “To be honest, I’ve never heard of World Record Day.

“I said to Arnie, my assistant, ‘Look, we’ve got quite a few new customers tonight’.

‘To be honest, they were very scruffy looking, and I just thought they had merged on the city from elsewhere.

“I put a report in as we do of new vagrants appearing in the capital to our bosses as there was so many of them who we hadn’t recognised before and suggested we may need more supplies.

Evans recalled,” It was only when I spotted ‘Nips’ in the line from down the City, I found out it was World Record Day, I knew him from the football and knew he wasn’t homeless and lived in Taffs Well. 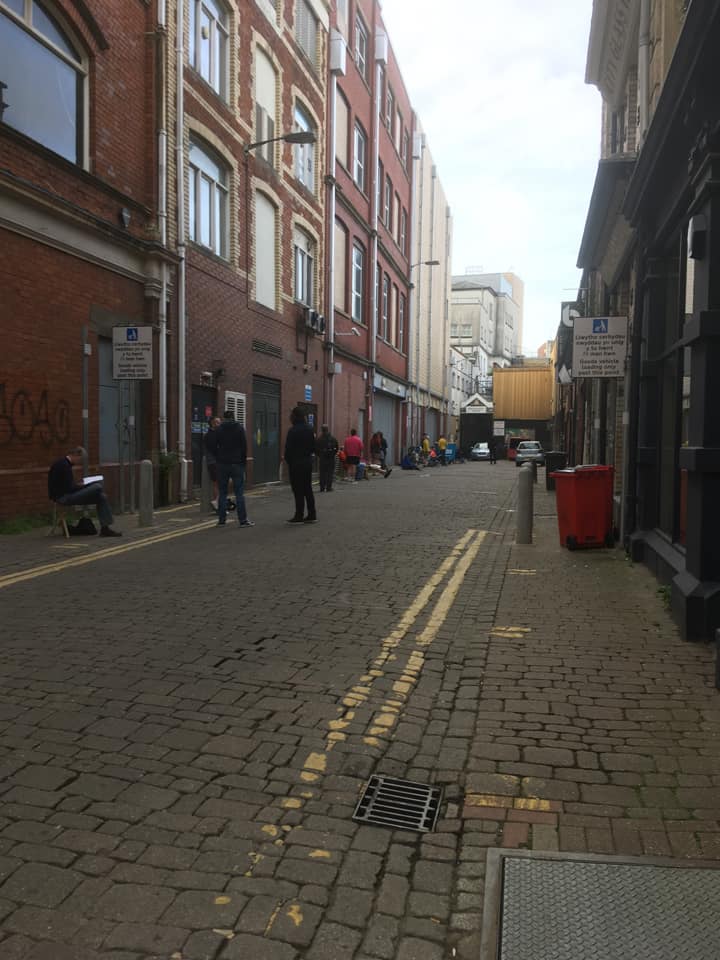 “I told Lockey he was mistaken, but I could see why he felt they were tramps; they weren’t very well dressed and looked a little sad”, he laughed.

At 6 AM this morning, the line was increasing in numbers as vinyl lovers qued.

Mistook Andrew ‘Nips’ Parsells  told our morning reporter of the event and fully explained what the day was all about; he said:

With that, his mobile rang with a request from a music lover in Bridgend ” Nips if they have any Boney M get it for me please” was the request.

” That’s Dibs in Bridgend; he’s always been a big fan”, commented Parsells, ” I’ve got a list of requests, but if they think they can just call up whilst I’ve been out all night, they have got another thing coming” he grinned.