Humpback whale scoops up fisherman and spits him back out

Jun 12, 2021 Humpback whale scoops up fisherman and spits him back out 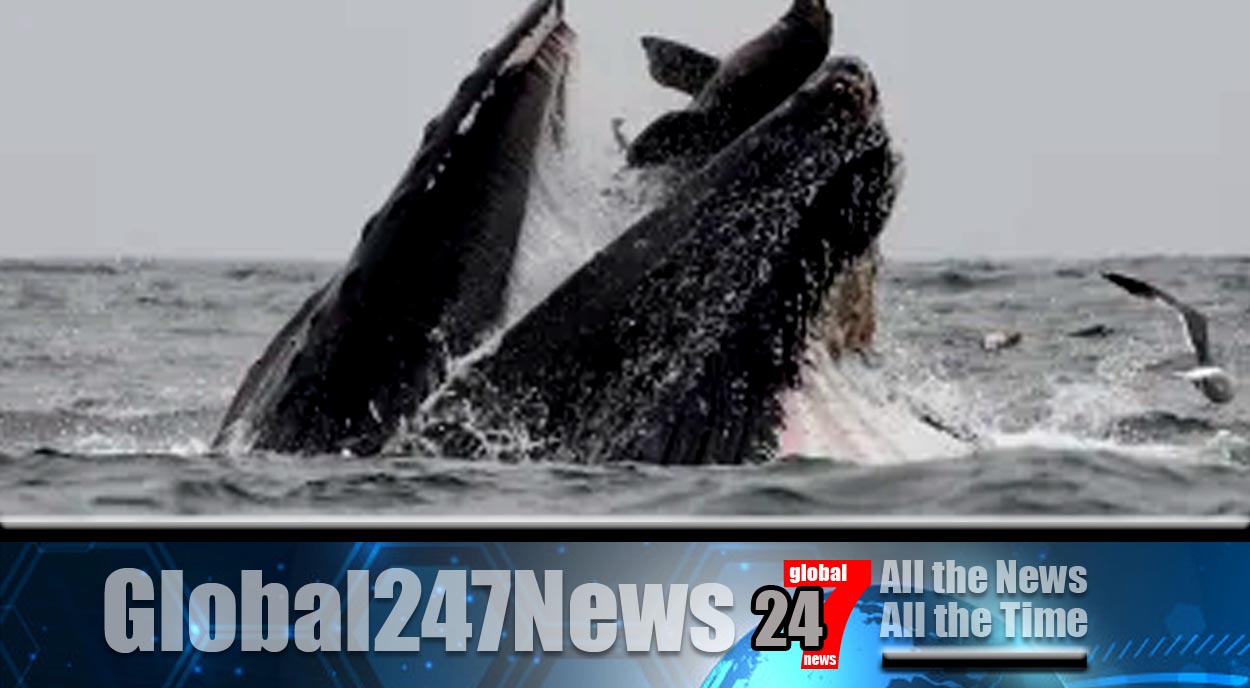 A lobster fisherman in the US has told how he was scooped up by a whale.

Humpback whale scoops up fisherman and spits him back out. The fisherman was pulled into the mouth of the humpback whale yesterday and has amazingly lived to tell the tale. Just hours after the incident Michael Packard wrote on Facebook “I was in his closed mouth for about 30 to 40 seconds before he rose to the surface and spit me out.

A humpback whale tried to eat me, I am very bruised up but have no broken bones.” Mr Packard’s brush with death happened as he was lobster fishing off the coast in Massachusetts. After he was released from hospital he said “All of a sudden, I felt this huge shove and the next thing I knew it was completely black.”

His immediate thought was he had been attacked by a shark.

He started to struggle in the mouth of the huge creature which had pulled him 35 feet under water. He continued by saying “I saw light, and he started throwing his head side-to-side and the next thing I knew I was outside in the water.”

Director of humpback whale studies at the Center for Coastal Studies in Provincetown, Massachusetts, Jooke Robbins, said the story was probably true.

She said “I didn’t think it was a hoax because I knew the people involved so I have every reason to believe that what they say is true. When whales fish they rush forward, open their mouth and engulf the fish and the water very quickly.”

She added that while they have large mouths their throats are extremely narrow and they would not be able to swallow a human. Ms Robbins finished off by saying “It is important for people to be quite aware. And when they see a whale, keep a good distance. It’s really important to give whales their