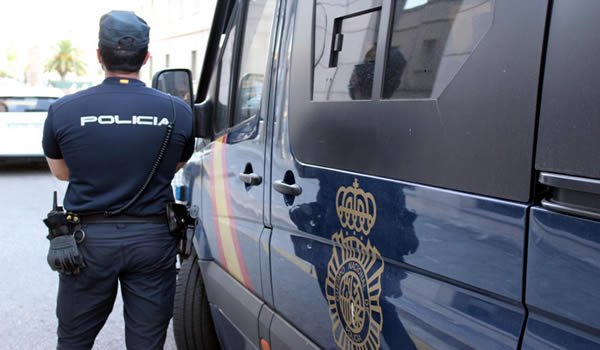 Spanish Police are trying to find a 22-year-old man with multiple criminal records who was last seen within the Barrio del Cristo neighbourhood of Valencia,

The young Uruguayan national was born in 1999 and has been observed boasting on social networks about owning firearms, including an HK 9 millimetre pistol that he has displayed in several videos. He has even gone as far on the record himself firing it from the window of a vehicle.

On his Instagram, ‘theworldtsyorus13’, the young man shows his face, during which various identifying characteristics, like tattoos, are often seen: one among them above the eyebrow, which reads ‘Santos’, and another one on the road immediately below the scalp, in loss, while on one among his cheekbones, he also features a tattoo of a group of lips.

In his social networks, he has posted numerous videos that have proved useful for investigating cops. Among them, he has recorded himself travelling in a vehicle with another young man. At the same time, he takes a gun out of a bumbag then focuses the camera on his companion.

Laughing in one video, he also shows a drawer filled with cannabis buds. He mocks his relationship with Justice, saying, “You can all see me within the prosecutor’s office, but never in TikTok”.