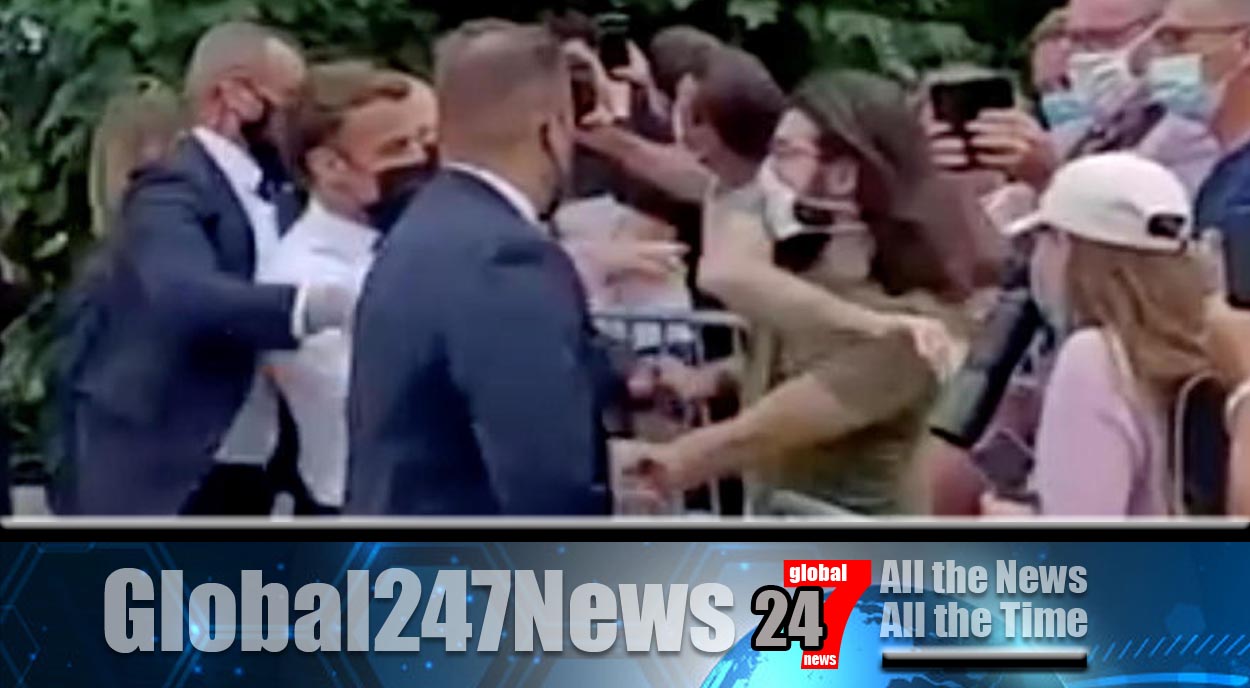 A man in a crowd has slapped the French President in the face.

Emmanuel Macron gets a slap in the face. The incident happened during a walkabout by Emmanuel Macron in southern France. The slapping was also captured on video. Security for the President were quick to act by forcing the man to the ground and making sure Macron was moved away from trouble. Local radio reports said that two people were arrested over the incident.

Macron was in the area to meet students and restaurant owners to discuss how life was for them as the country begins to return to some sort of normality after the COVID lockdowns.

In the video Macron can be seen greeting well-wisher who were behind a barrier. As he went to shake the hand of a man in a green t-shirt the man can be heard shouting “Down with Macronia” before slapping him in the face.

Administration officers for the President stated that there had been an attempt to strike Macron but made no further comment on the incident.