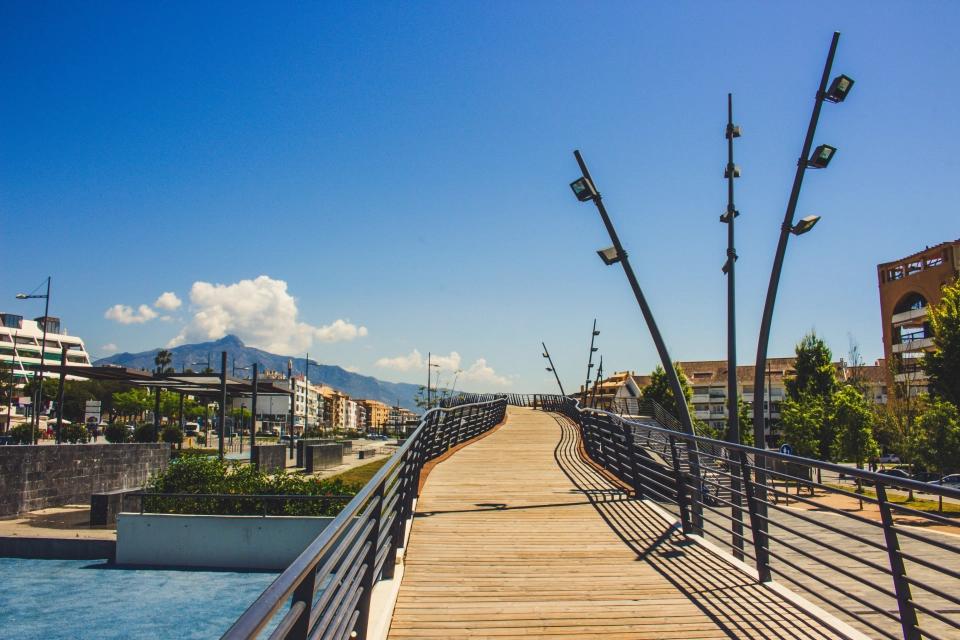 A DOPEY BRIT, 31, has been left fighting for his life after trying to jump from a balcony to a swimming pool in Spain.

The man smashed his head when he plunged from the third floor of a holiday apartment in San Pedro de Alcantara, near the popular tourist resort of Marbella.

According to medics, the incident happened around 7 pm on Monday, and the man is currently in hospital in serious condition.

He is said to have been rushed to hospital with a severe head injury and damage to internal organs, as well as multiple fractures.

Reports said he had tried to jump into the swimming pool below the third-balcony during a party with friends, a practice known as “balconing.”

He missed the water and instead hit a sunshade next to the pool before crashing to the ground.

Emergency responders spent nearly 40 minutes stabilising the injured man at the scene before he was taken by ambulance to the Costa del Sol Hospital, a 20-minute drive away.

He was subsequently transferred to another hospital in Malaga and admitted to intensive.