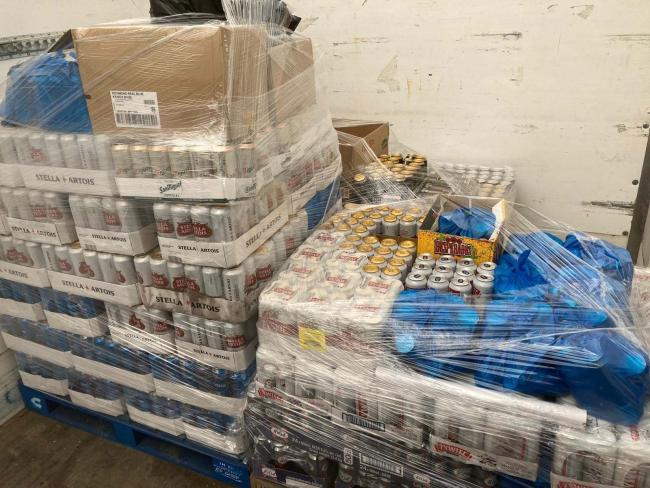 MORE than 4,000 cans of lager, including Stella Artois, Orangeboom and Kronenbourg, have been seized by trading standards and customs officers from three shops in Torfaen.

A joint operation between Torfaen Council and HMRC targeted three shops suspected of selling illegally imported alcohol below the legal minimum price.
A total of more than 2,000 litres of beer was removed, and HMRC is currently continuing to investigate the businesses in question.
Minimum unit pricing laws in Wales mean it is illegal to sell alcohol below a certain price per unit.
Although, it’s not a law that has gone down in Wales, especially as you can simply cross the border into England and purchase at lower prices.
As expressed by Kevin Williams, who said upon hearing of the confiscation:

Oh dear, I buy more than that on a trip to Bristol to beat the minimum price laws in Wales. Can I expect a knock on the door (not that I will hear as I’ll be busy drinking the evidence).