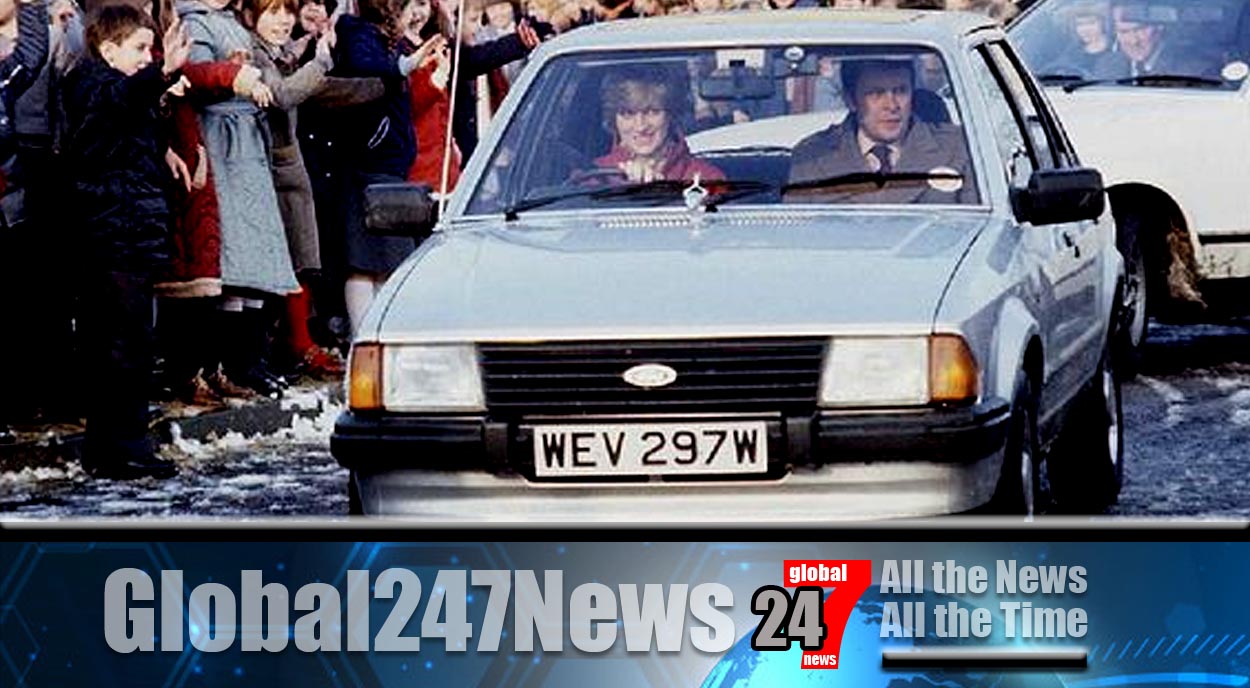 A car given to Princess Diana from Prince Charles is to sell at auction.

£40000 for Princess Diana’s Escort. The 1981 Ford Escort 1.6i Ghia was an engagement present for Lady Diana Spencer just 2 months before they wed.

The current owner has kept the car’s history a secret for more than 20 years. After her wedding Princess Diana was often seen behind the wheel of the car driving to watch Charles play polo. The car was purchased from Diana by an antiques dealer for £6,000 after she stopped using it when Price William was born.

It’s current owner purchased it in 2000 and only drove it sparingly, not revealing it’s Royal history to anyone. Lewis Rabett, of the Reeman Dansie auction house in Colchester, Essex, said “The lady who owns it kept it in classic car storage but it used to be in her garage at home and when friends came round and saw it she would just say: ‘That’s my first car’.

She was very coy about whose it was and I think obviously quite liked having the knowledge of it being special. She kept it a secret. Her family knew, but not her friends.

She liked and respected the things Diana achieved in her lifetime.” The Ford Escort, in immaculate condition, still holds it’s original number plate, WEV 297W, and has 83,000 miles on the clock.

Mr Rabett said the auction of the car has generated a lot of interest, especially from the American market. He added “Diana was obviously very revered in the States, and the Duke and Duchess of Sussex’s recent birth has brought Diana’s name back into people’s attention again.” The car is expected to fetch between £30,000 and £40,000 at the auction being held on the 29th June.