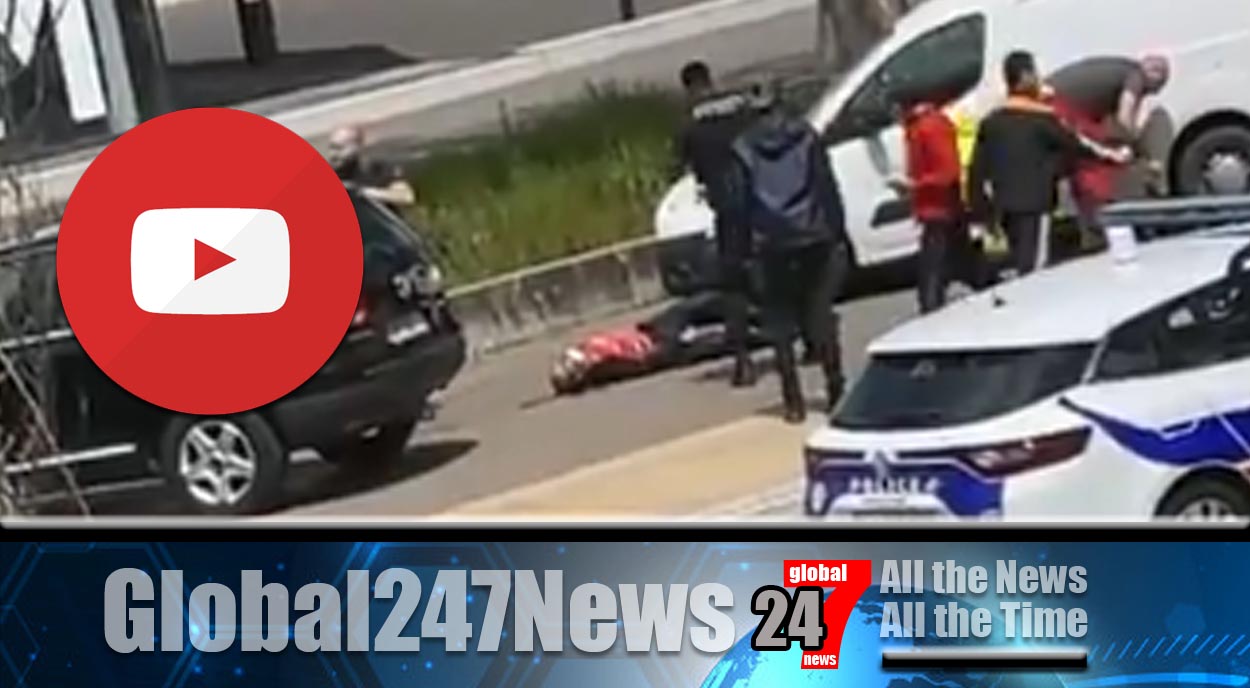 Shocking Footage of British Woman Shot In Spain’s Madrid Released. The 59-year-old woman was filmed running across the road, chased by a man.

The man appears to brutally push her into the back of a parked van before throwing her to the floor, where he pulls a gun and fires two shots.

The man then turns the gun on himself and, at point-blank range, shoots himself in the head.

What’s believed to be a domestic incident is still being investigated by the police.

A British businessman captured the footage on his mobile phone from his apartment window in the Spanish capital.

Madrid shooting British woman gunned down by husband before he shoots himself pic.twitter.com/AhCx6YT76T