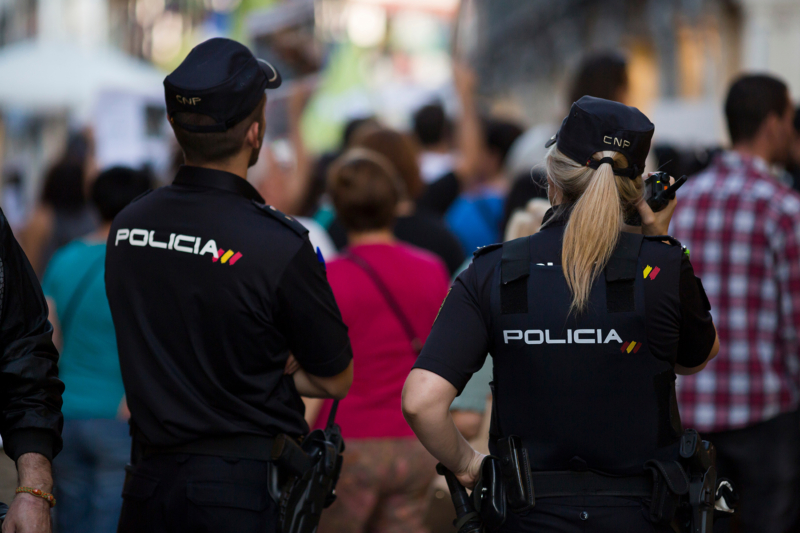 British ex-pats are being targetted at Spain’s airports as they depart the country for minor offences and taken straight to court.

British ex-pats leaving Spain complain that they are being targeted since Brexit as they try to depart the country.

The latest victim of the overzealous policing, Alan Greene from Estepona, told Global247news how he’s had to sleep at Malaga airport for two nights as well as a trip to 2 police cells, held behind bars at the courtroom before being able to catch his flight home.

Greene, who says he was totally innocent as he attempted to fly to Cardiff Airport, says that the Spanish border force is trying everything possible to ensure leaving Brits have paid all fines and taxes, even for very minor issues.

Greene told of his issues at Malaga airport as he said: ‘ I’ve been through hell and others are too.

‘I decided my time was up in Spain due to the economic crash; I booked a flight with British Airways for Sunday night.

‘I have done all my residency etc., but I couldn’t see any benefit of staying in Spain but try to leave is now another matter!

‘Sunday night was bad enough as I was denied getting on the flight along with another 8 passengers for incorrect paperwork due to Covid; my crime was that I told them I was flying to Stanstead and then onto Wales, and they stated I did not have the correct paperwork for two countries.

‘I had to swallow that and book another flight, fill out the paperwork and be ready for departure the next morning, sleeping on the airport floor.’

The worse was yet to come, though, for Greene, who the next morning was stopped at passport control as he attempted to board his second flight back to the UK, he explained:

‘As I presented my new shiny blue passport down by gate C at passport control, they started to ask me questions whilst looking at their computer screens.

‘I was asked my reason for departure and oddly my parent’s names before I knew it, they picked up the phone and within seconds was handcuffed by two police officers and led with my bags down to the police cells below the airport.

‘ I didn’t have a clue what they were talking about apart from the fact I had to go to court in Malaga.

‘I’m a law-abiding citizen and couldn’t work all this out’.

After being booked into the airports’ police station, Greene was then, after 3 hours, told he was being transferred to Malaga Cento police station before a court appearance.

‘ I was placed in this stinking cell at the police station – it was a horrible place full of undesirables.

‘ Thankfully, I was only held there for just under two hours before being transferred to court and placed in the courts holding cells with others – I still didn’t know why I was there; others were in the same position.

‘Just before I went in front of the court, I was given a duty solicitor, but he didn’t speak English, although a translator was appointed.

‘Finally, I found out I was there for non-payment of two speeding tickets between Gib and Estepona.

‘I had paid them months ago and thankfully had the paperwork in my bag to prove otherwise.

‘Once I presented it to the judge, I was released and didn’t even get an apology, nothing, not even a lift back to the airport.

‘ I asked the translator what it was all about, and he told me with Brexit, the Spanish authorities were ensuring Brits pay all dues before they leave Spain for good.

‘Leaving the court, I spoke to another Brit who had been in the same boat; his was just a parking fine in Fuengirola; we shared a cab back to the airport shaking our heads, we hadn’t even said we were leaving Spain for good.’

Greene then spent another night on the floor at Malaga airport before finally departing on a third booked flight direct to Cardiff; as he departed, he said: ‘Be careful if you are British and departing Spain, they are checking everything down to the last penny, the Brits are being targetted.

‘It’s put me off Spain for good now, and I won’t be returning,’ he finished.