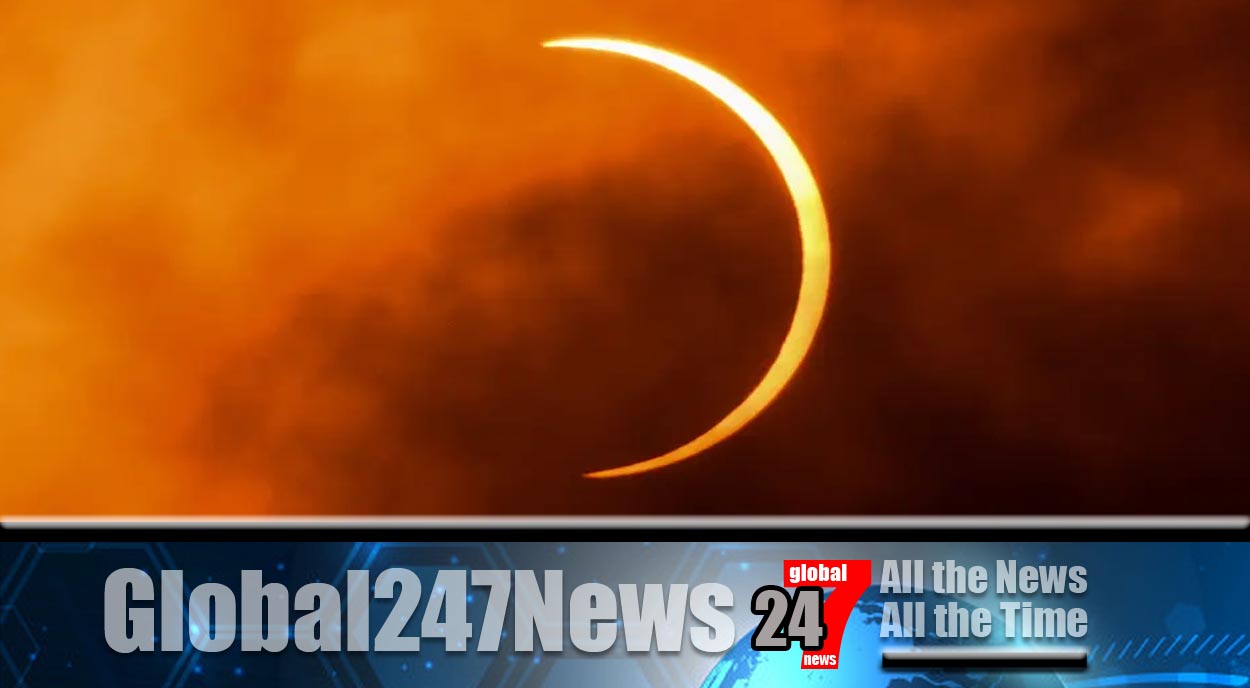 A partial solar eclipse is set to delight sky gazers in the UK this week.

UK skywatchers will see partial solar eclipse this week. It will happen as the Moon passes between the Sun and the Earth. The event, known as an annular eclipse, with block a third of the Sun on Thursday morning this week. It occurs when the Moon and Sun are exactly aligned with the Earth however the apparent size of the Moon is smaller than the Sun. It makes the Sun look like a flaming, bright ring dubbed as the “ring of fire”.

An astronomer at the Royal Observatory Greenwich, Dr Emily Drabek-Maunder, said “This ‘ring of fire’ will be seen from Russia, Greenland and northern Canada. From the UK, the annular solar eclipse will be a partial eclipse, meaning that we’ll only see the Moon pass in front of a small part of the Sun.”

Eclipse observers have been told the event will start at 10.08am on 10th June in the UK with the biggest part of the eclipse at 11.13am. The phenomenon will finish at 12.22pm. Dr Drabek-Maunder went on to say “The eclipse from the UK will only be visible with certain techniques and optical aids. Never look at the Sun directly or use standard sunglasses, it can cause serious harm to your eyes. You can make a projector by poking a small hole into a piece of card.

Hold the card up to the Sun so that light shines through the hole and on to a piece of paper behind the card. You will be able to see the shape of the Sun projected on to the piece of paper and watch its shape change as the Moon passes in front of the Sun.” The Greenwich Royal Observatory will be streaming the event live on it’s YouTube channel and website.