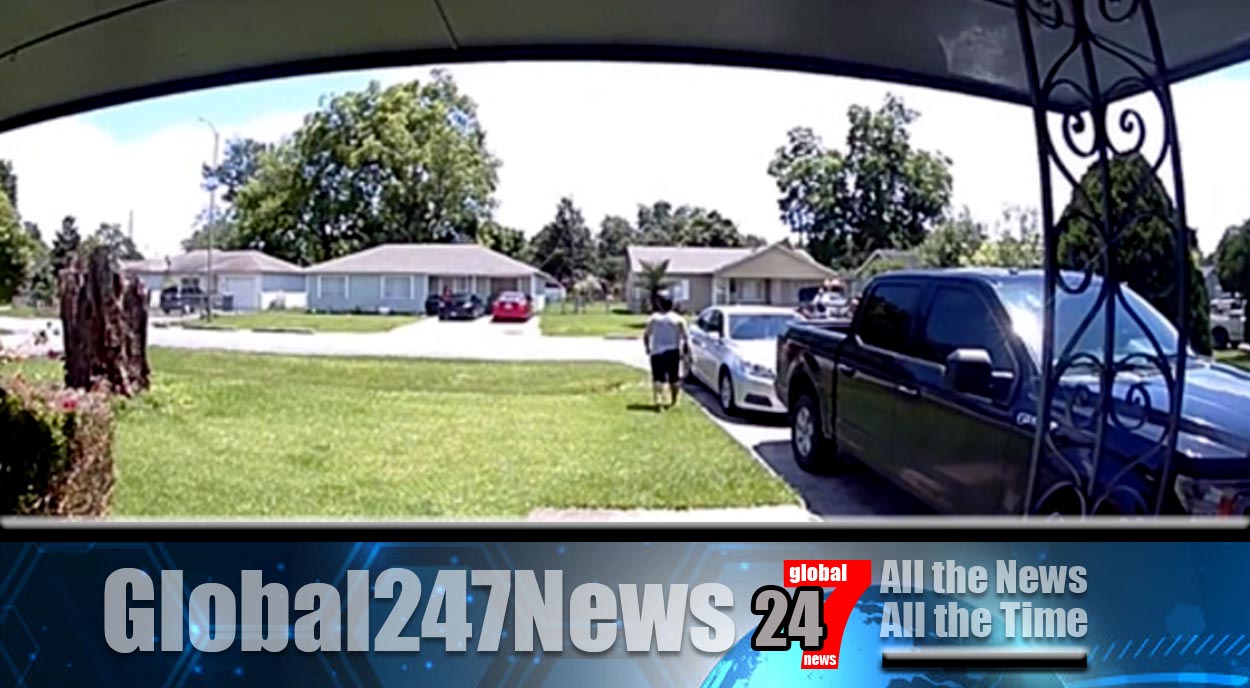 A mother from Texas accidentally shot her son in the stomach after aiming for a neighbour’s dog.

Texan mother shoots son by mistake. Video footage from a Ring.com doorbell camera shows a boxer puppy called Bruno escaping from his owner’s front yard. The incident happened on a street in Houston. The dog’s owner can be heard on the video shouting “Bruno! Bruno! Get over here.” The puppy ignores him and heads towards a house opposite with the man giving chase.

After several seconds gunshots are heard and child starts to scream. In a statement given by the Houston Police Department the child was the son of Angelia Mia Vargas, 24, who fired the gun. She was charged with a count of deadly conduct-discharge of a firearm following the incident. Which police say took place on 29th May at 2.15pm.

The son of Ms Vargas is said to be in hospital recovering from his injuries. Which are not thought to be life-threatening. Bruno’s owner, who wishes to remain anonymous, spoke of the incident to news reporters.

He said “I came out of my house because Bruno was barking and barking. I thought my brother was coming.

So, I open the door just a little bit and he comes running out.” Speaking of the way Ms Vargas handled the situation he went on to say “She could have handled it differently. You know, she was there, her husband was there, I was there, nothing would have happened. Nothing bad like that.” Bruno, who had slight injuries to his paws from the gunshots, is expected to make a full recovery.