Man fighting for life after machete brawl in Greenwich

Jun 5, 2021 Man fighting for life after machete brawl in Greenwich 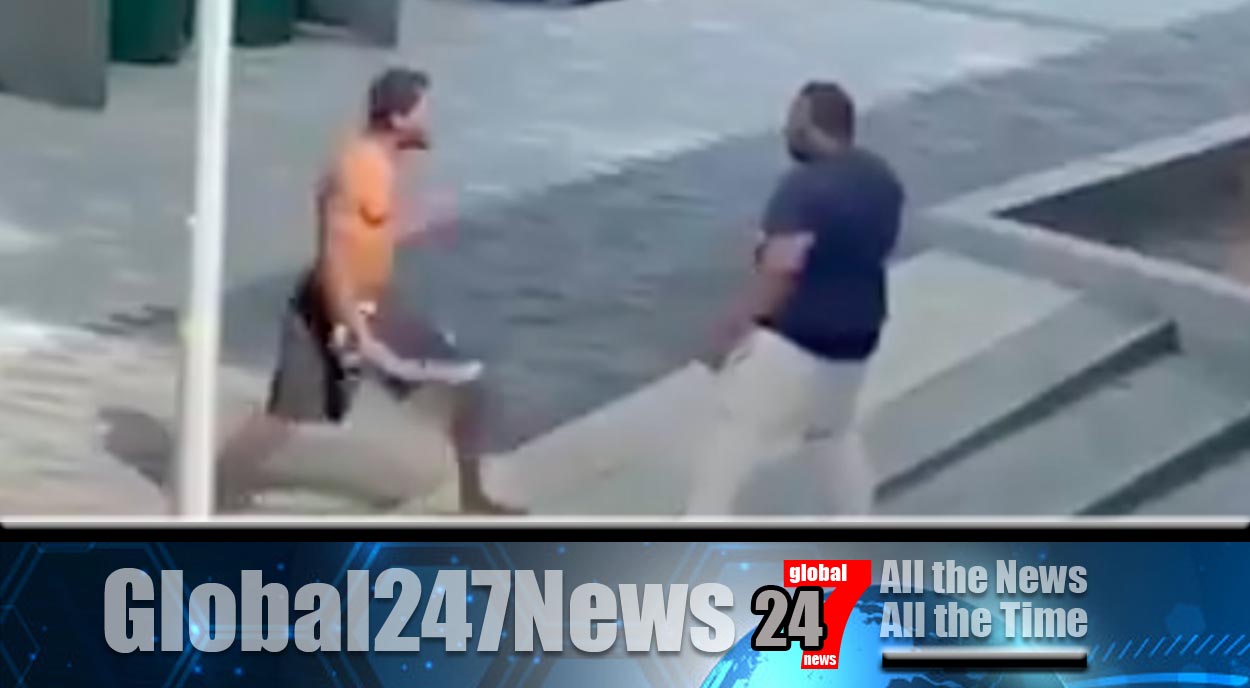 After a machete fight involving four men one is fighting for his life in hospital.

Man fighting for life after machete brawl in Greenwich. Footage that caught the incident shows one man stripped to his waist with a machete and a hammer. On the video members of the public can be heard shouting for the fight to stop. A second man, who appears to be defending himself against the machete-wielding thug, can be seen holding a carving knife.

The fight occurred in Barge Walk, north Greenwich. One onlooker said “There were four guys, they got into a fight and all of them had a knife. One of them had a machete almost 20 inches long. It looked like three of the guys were fighting the fourth. They all seemed to be on the same side, apart from him. The fight went on in a big circle around the buildings – it covered about 200 metres and it went on for about eight minutes.

They were chasing each other, throwing bottles at each other, using the knives, it looked like more than just one was wounded, but the man who was injured looked to be in a bad way.

They said he wasn’t doing well.” A local resident, who did not want to be named, said “I’m sick of the stabbings in this area, the drugs and crime are rife.”Police and ambulance services were called to the incident on Wednesday afternoon while South East Basic Command Unit detectives carry on their investigations and liaise with a specialist crime unit from the Metropolitan police.

No arrests have been made in connection with the brawl and Met police confirmed the incident and said “Police were called at 4.23pm to Barge Walk in south-east London to reports of men fighting. A man was found at the scene with apparent stab wounds. London Ambulance Service and London’s Air Ambulance attended the scene.

The man has been taken to hospital in a critical condition. There are no arrests arrests at this time. A crime scene is in place and inquiries continue.” Dave Ryan, Detective Inspector, said “This was a shocking incident that occurred in broad daylight outside people’s homes.