Robbers threatened to kill Father’s baby son so he shot them to death. 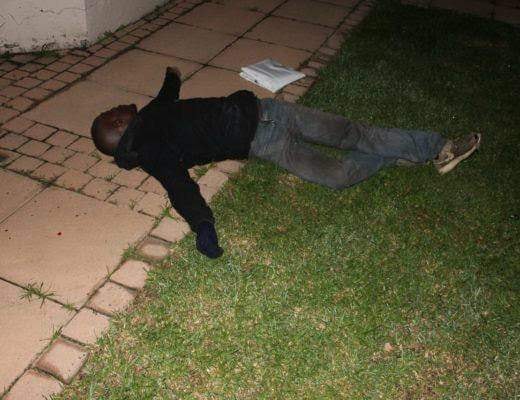 All that was running through a young father’s head before he shot three intruders was the fear of his wife and baby being tortured, raped and killed, he told Middelburg Observer.

One of the intruders stood by his baby daughter’s crib. The mother repeatedly pleaded with the intruders not to hurt the baby. Her pleas were ignored by the three Mozambican intruders, who instead tackled the father with a knife.
One of the intruders allegedly told the father: “I’ll kill your baby.”
While the father was being attacked, he moved closer towards his loaded ACP Colt, which was under his pillow. With one arm, he defended himself against the knife-wielding intruder and shot at the intruders.
Two died on the scene, and one was wounded.
The wounded intruder fled to a neighbour’s house, who tackled him with a shovel. He is currently in critical condition in a hospital in Pretoria.
The intruders accessed the house by bending and breaking the family’s burglar bars and had already carried a television set outside before they were shot.
The family has chosen to remain anonymous.
Advertisement