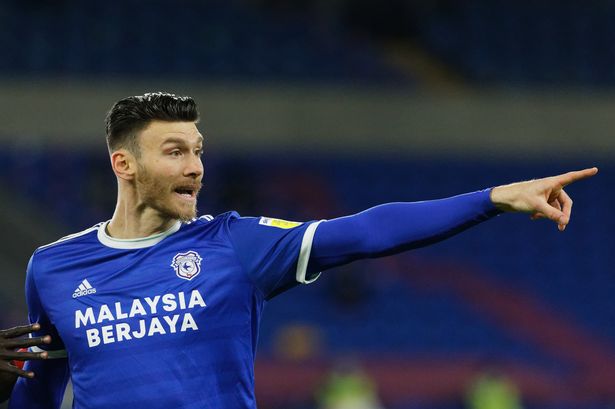 The East Anglian returners to the Premiership are focusing on Kieffer Moore to provide them goals next season.

Moore, who is currently preparing for the Euros with Wales, is currently signed to Welsh Club Cardiff City, who, despite the abundance of goals and assists from their target man, failed to reach last seasons playoffs or promotion.

With Cardiff City currently losing 3 million GBP per month, Norwich are lining up a tempting bid to snatch the Cardiff star striker in the region of 14 million GBP.

Cardiff City, who next season will be without their parachute payments from the Premiership, whilst wishing to retain the player, are expected to be tempted to big offers for the previous non-league striker.

Moore, who moved from Dorchester Town to then league club, Yeovil Town, before being discarded by the West County Club, became a journeyman before hitting rich form and was snapped up by the Welsh club from cash strapped Wigan at the cost of just 2 million pounds.

He went on to bag 20 goals for the Bluebirds despite playing in an average side that saw a mid-season management change.

Sources in Cardiff, close to Elite Management, agents of the player, though feel Cardiff City will reject all offers under 20 million GBP.

He said: “14 million would be an insult to the Cardiff Board; Mick McCarthy has already publicly stated he would be looking at 20 million-plus.

“It’s not often you get strikers banging in 20 goals a season in the Championship, and they come at a price.

“Whilst I’m sure Kieffer would relish the opportunity of Premiership Football, Cardiff City won’t be mugged off either,” he said.