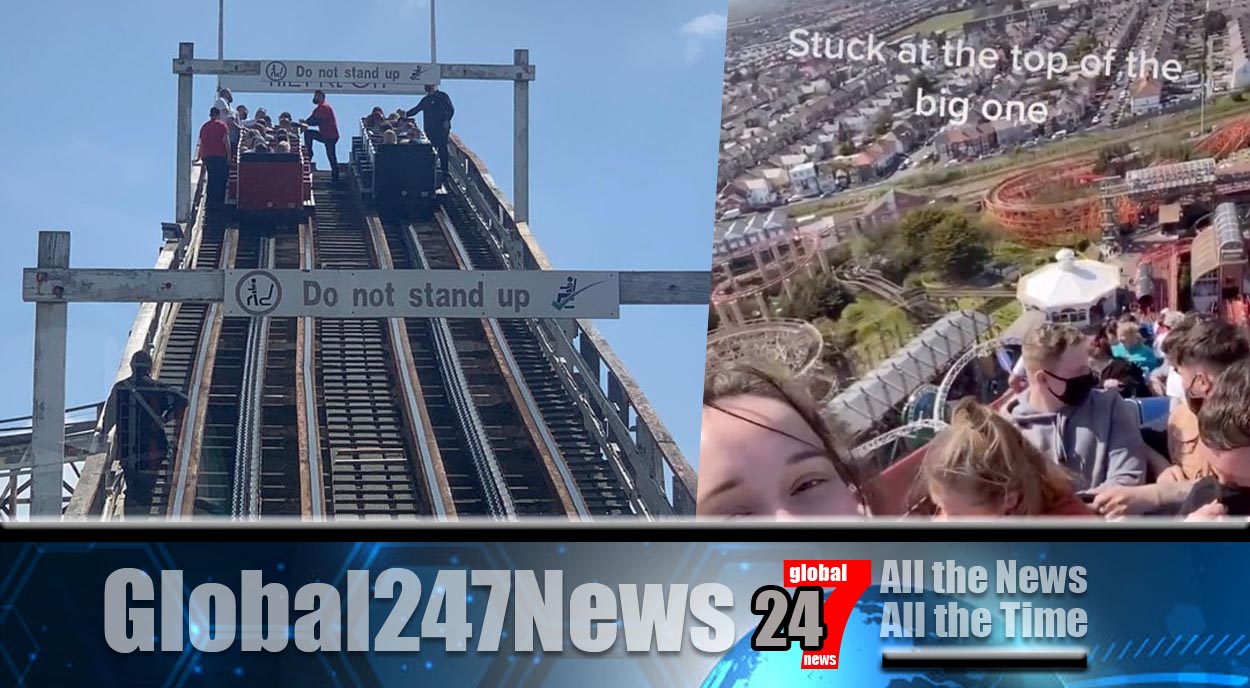 Around 30 people had to be rescued after a roller coaster broke down in Blackpool.

Thrill seekers rescued as Blackpool ride breaks down. The incident happened on Tuesday lunchtime at the Blackpool Pleasure Beach and among those rescued was a 5-year-old boy. The twin track wooden Grand National roller coaster was built in 1935. Scared passengers had to be escorted to the ground by staff who had climbed 62 feet to reach them. Unbelievably the “Big One”, the park’s flagship roller coaster, also stopped at the same time however passengers remained in their seats and the ride started again after 5 minutes.

One passenger on the Grand National, Steve Ely, who was with his two children, posted a photo of the ride stuck on Twitter. Criticizing the park management he said the only compensation given to the terrified passengers was a bottle of water and free tickets that were unusable.

A Blackpool Pleasure Beach spokesman said “At 11.55 am on Tuesday June 1 a stoppage occurred on the lift hill of the Grand National. All riders were safely escorted down the lift hill, and the ride was checked and re-opened just before 1pm.

Shortly afterwards there was a very brief stoppage on the Big One lift hill, at 50ft, riders remained seated and the ride continued after five minutes.”