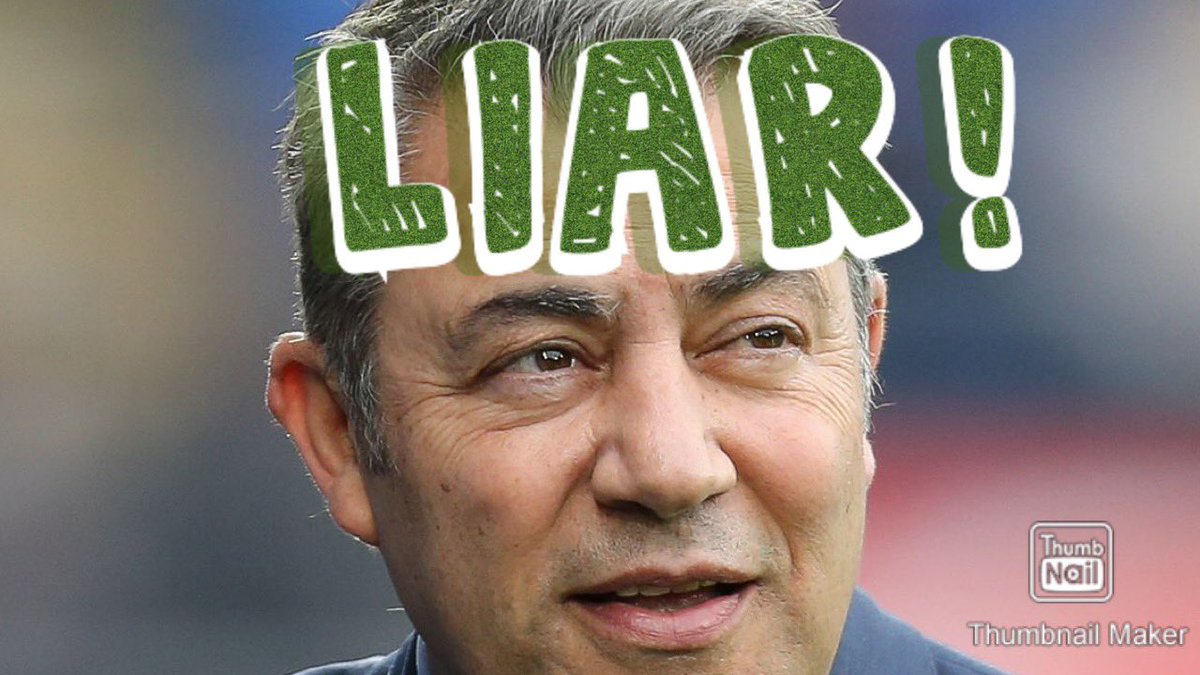 A show host of a football channel defends calling the Chairman of Cardiff City a liar after club accounts released.

As previously reported, Cardiff City has today released and registered the latest set of accounts with Companies House in the UK.

Whilst the accounts summed up the costs of losing premiership football and a club being relegated back to the Championship and clearly demonstrated the club is reliant on one man, club owner Mr Vincent Tan, YouTube show host Adam Brown says he stands by his claim that the Clubs Chairman is a liar.

Brown, who hosts the popular football show ‘Football With Brownie’ on Bank Holiday Monday, called out the Chairman as a liar after Mehmet Dalman appeared on another YouTube channel and discussed the club’s current finances.

He also continued throughout the day presenting further shows live from Marbella, citing the claim.

Since the accounts have been released, Brown has spoken out in regards to his liar claims and still believes in what he said.

“Unfortunately, I was right to call out Mehmet Dalman then as Vincent Tan is clearly not the sole debtor as the Chairman claimed.

” The accounts clearly show there are 37.9 million of other loans made to the club as at the year-end.

“That fact alone totally contradicts what the Chairman said; what else can you call that apart from a lie?

“Debt is fine as long as it’s serviceable, but lying to the fans isn’t live on a YouTube show!

“It’s time we had a Chairman who told the truth instead of shmoozing supporters with what are clearly lies as proven”, he raged.

Brown then went onto demonstrate how he’s come under abuse from fellow Cardiff City supporters on social media, he said:

“I’ve had a barrage of unwarranted abuse on social media since my claim; I’ve offered them all the opportunity to come on the show and tell me where I am wrong, guess what? – they have all declined the invitation; truth be told is because they don’t have any facts to prove otherwise.

“I guess they spout from blinded loyalty,” he said.

Fans are now calling for a head to head interview between Brown and Dalman to discuss the points raised by the show presenter.

Danny Hughes from Bridgend said: “Brown seems to have a point, but I think he should allow Dalman to explain himself to the fans as well as to Brownie.”

Although Brown himself, when posed the question to if this was viable, replied:

” Nah, I’m not doing that as he will wrap me up in knots; he’s a salesman; if you walked into his showroom, you would walk out with three cars.”

However, the flippant comment from Brown has left fans disgruntled and with some saying he’s a bottler.

James Kennedy, a loyal City supporter, said,” Brownies a bottler, the pair should go face to face on a show and discuss these claims; Mehmet himself in the interview said he doesn’t get the right to reply to accusations; this could be the chance to allow him to explain.

“Brown moans about keyboard warriors and trolls nonstop; it appears he’s just another but this time on YouTube and fears a response.” said the fan.

Whether Brown changes his mind is yet to be seen, albeit he states he will be presenting another show on the subject later today.

It’s clear though the fans and viewers want a face to face interview from both parties.