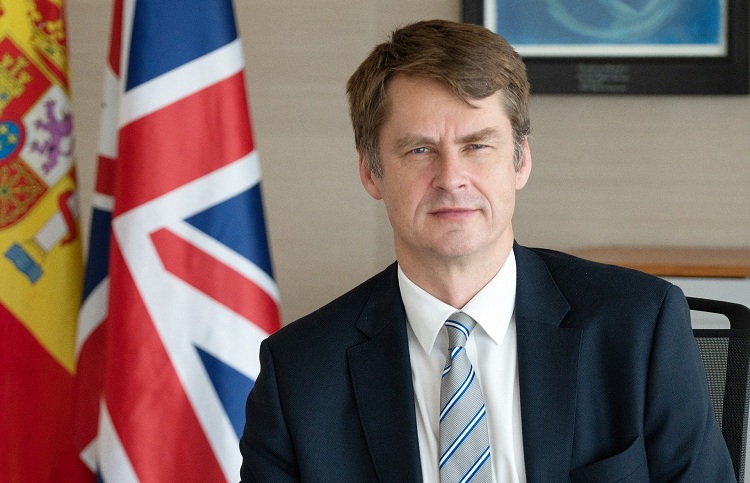 Hugh Elliot, the British Ambassador to Spain, confirms Spain will remain on Amber.

As exclusively revealed by Global247news this morning, Spain will remain on Amber for travellers to Spain from the UK.

This has now been confirmed by the British Ambassador Hugh Elliot today during a tour of Benidorm on the Costa Blanca.

Elliot also ruled out requests for Spain to be regionalised.

Whilst thousands of Brit’s are desperate for freedom to visit Spain, Elliot confirmed Spain would remain on Amber until at least July.

It’s a massive blow to the Spanish tourism industry and hundreds of British traders in Spain who rely on tourism.

Darren Davidge, who earlier spoke with Global247news, says the restrictions now have. Still, all killed Spain’s summer trade and most likely is the final straw for businesses dependent on the British holidaymakers.

“After all the hype of Spain going green, this is a very bitter blow for us; it will be the final straw now for many business operations here.

“Mr Elliot spoke well, although it was devastating news for all,” he said.

Back in the UK, travel agents are as well very disappointed.

Neil Mitchell, a Bristol-based travel agent, said: “Sadly I see Spain not happening this year for holidays, the consumer doesn’t want the hassle of quarantine and testing costs; it’s as simple as that – its best the British holidaymaker forgets Spain as a destination now for 2021, the country didn’t get its act together unlike Portugal sadly” he finished.