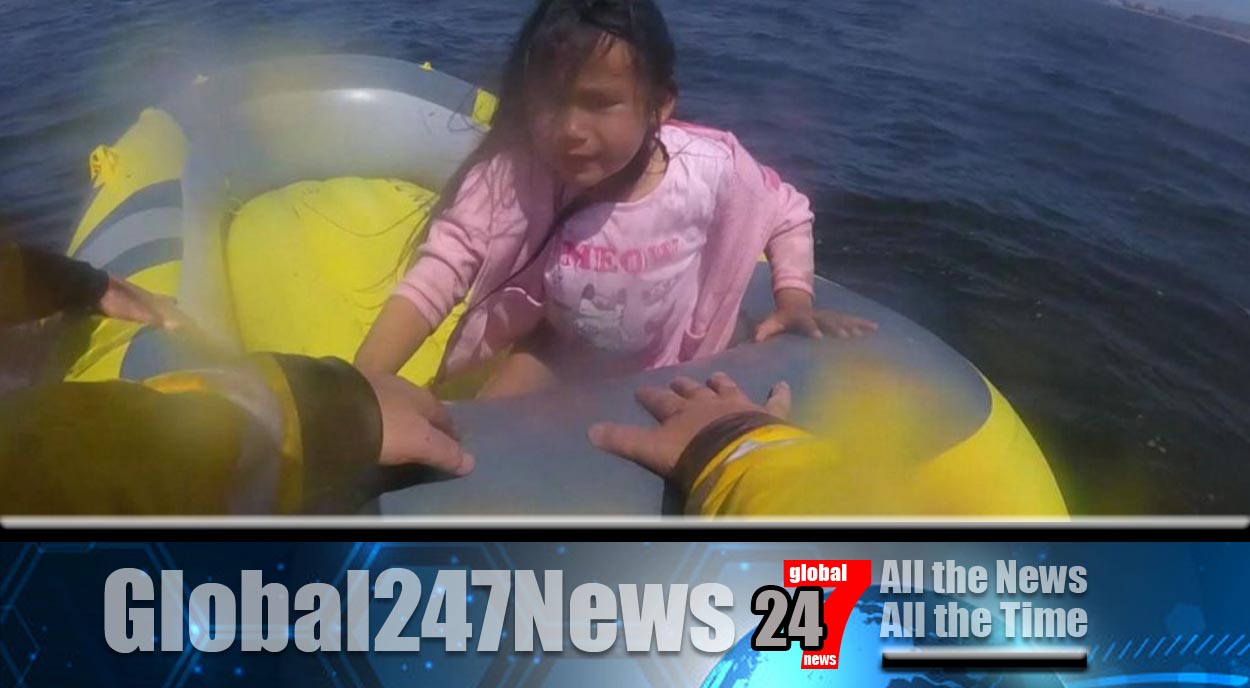 Dramatic video footage shows a little girl being rescued by the RNLI in Wales.

Welsh toddler saved by RNLI. She had drifted out to see in an inflatable dinghy. The incident happened at Kimmel Bay in the village of Conwy County Borough, north-east Wales yesterday. She had been playing in the dinghy that had been tied up on the shoreline.

However the tie broke loose and she started to drift, taken by the strong current. Emergency services were called and the Coastguard deployed a boat from Rhyl. It didn’t take the crew long to spot the dinghy and when they arrived the little girl was sobbing. On the video the crew can be heard calling out “You okay? You alright?” The child was crying “please help”. The rescue craft maneuvered back to shore to reunite her with her family. The head of safety at RNLI, Gareth Morrison, said “We are expecting this summer to be the busiest ever for our lifeguards and volunteer lifeboat crews.

We want people to enjoy the coast but urge everyone to respect the water, think about their own safety and know what to do in an emergency.” Giving advice to tourists he said the best place to swim was on beach that have a lifeguard and only between the red and yellow flags.

He went on to say “RNLI lifeguards will be patrolling around 245 beaches this summer to offer advice on how to stay safe and they are also there to help anyone who gets into trouble.

Coastal areas provide a great opportunity to enjoy fresh air and open space but they can be an unpredictable and dangerous environment, particularly during early summer when air temperatures start warming up but water temperatures remain dangerously cold, increasing the risk of cold water shock.”