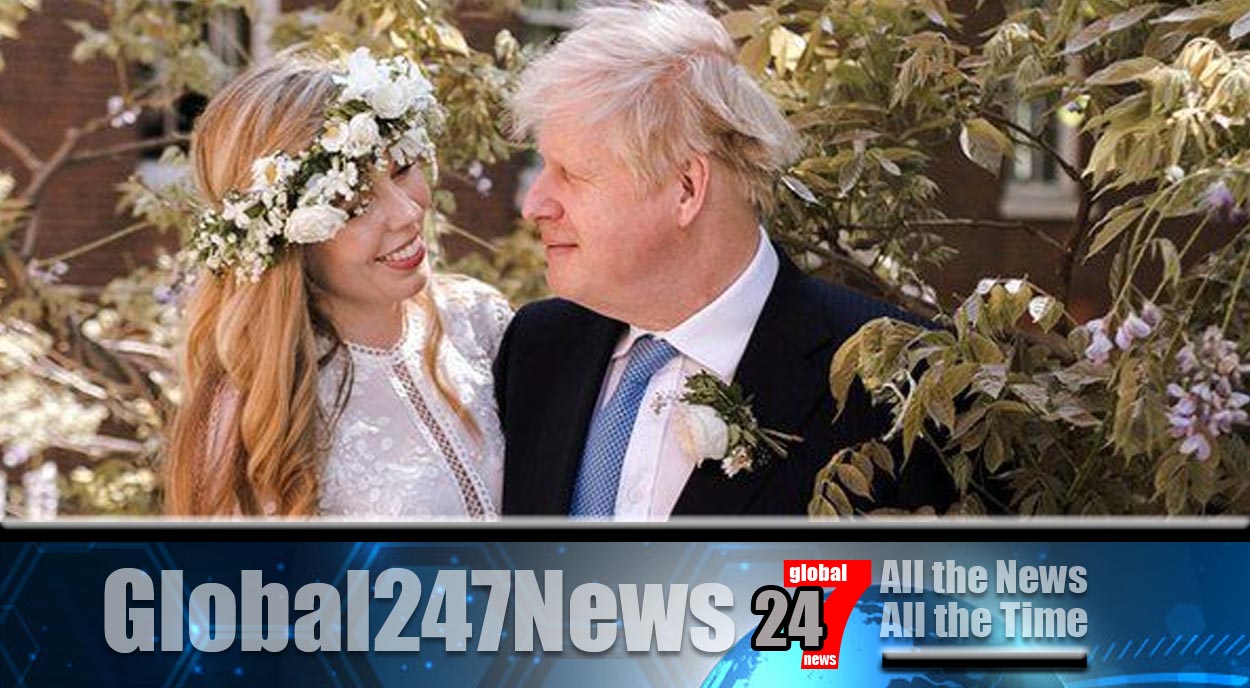 Bo Jo ties the knot with Carrie. The event took place at Westminster Cathedral. He is the first Prime Minister to marry while in office for more than 200 years. Johnson, 56, married Carrie, 33, at the cathedral where their baby, Wilfred, was christened last year.

It was reported that the couple had sent out wedding invitations for family and friends for their wedding in July 2022. There was no official announcement of the event from Downing Street, with some close MP’s to the Prime Minister totally unaware that the wedding had taken place.

Boris has always declined to comment on plans to wed his fiancee saying in March “The wedding industry is certainly going to come roaring back, in common with many other sectors of the economy.”

An eye witness on Saturday said “It’s not very often we have weddings here, and when they came out they were all bundled into a car.” A staff member who works at the cathedral said “Yes, there was a wedding. It was the Prime Minister. Carrie looked beautiful. She had a long white dress with no veil. She looked made up. He was extremely happy, as you can imagine.

He looked very smart and was in a very dapper suit. She came down the aisle and he didn’t take his eyes off her. They read each other’s vows and then they shared a kiss. They looked besotted.”

Commenting on the wedding another staff member said “I was shocked when I heard who was getting married. It was kept very quiet.

We only knew yesterday. Security has been tight. Police were everywhere. It was very planned.” After the cathedral was cleared of members of the public at 1.30pm on Saturday the ceremony took place and was said to have only lasted for thirty minutes.