May 28, 2021 Victory To The People As Trade Centre Wales Boss Mark Bailey Backs Down 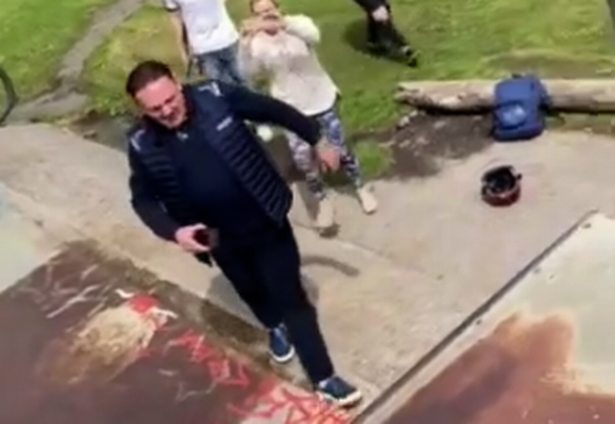 Mark Bailey the boss of Trade Centre Wales second-hand car dealership tonight backed out of a battle that he started.

As previously reported war was breaking out in Swansea with himself and the majority of the town.

On his social media pages tonight he posted:

“Having taken time to reflect on the footage of the altercation that was filmed at the skate park on Wednesday evening, my wife Rhianon and I unreservedly apologise for our actions that evening,”

He then added: “I will make a point of going across and personally apologising to the skaters at the appropriate time over the coming days.”

“I do hope that those involved will accept my apology when I get to speak with them.

“Our family has always been a huge supporter of charitable and community projects in South Wales, but we will now double-down on that work with even more of an emphasis on supporting young people.

“Thank you for taking the time to read this and once again please accept our apologies if you were affected by our actions in any way whatsoever.” 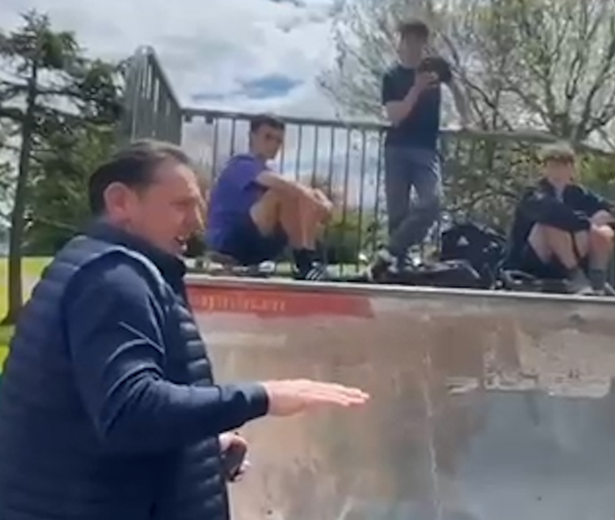 The second car dealer, who has become the most despised man in Wales over recent days has also withdrawn his objection with the council.

The apology and withdrawal though comes prior to hundreds of skateboarders planning to head to Swansea from all over the UK tomorrow to demonstrate.

Meanwhile, the publicity courted by Bailey himself has shone further bad light on his business, with its reputation further tarnished globally.

A former Town Councillor Adam Brown said tonight and summed it up for thousands of people in Swansea as he said:

“The blokes made a complete tit of himself, giving it the big one about his brand new Ferrari and threatening to smash kids in the face.

“I reckon the police have been to pay him a visit, personally I and many feel he should be charged with threatening behaviour anyway.