May 27, 2021 Trade Centre Wales Boss Mark Bailey RAMPING up the heat on kids 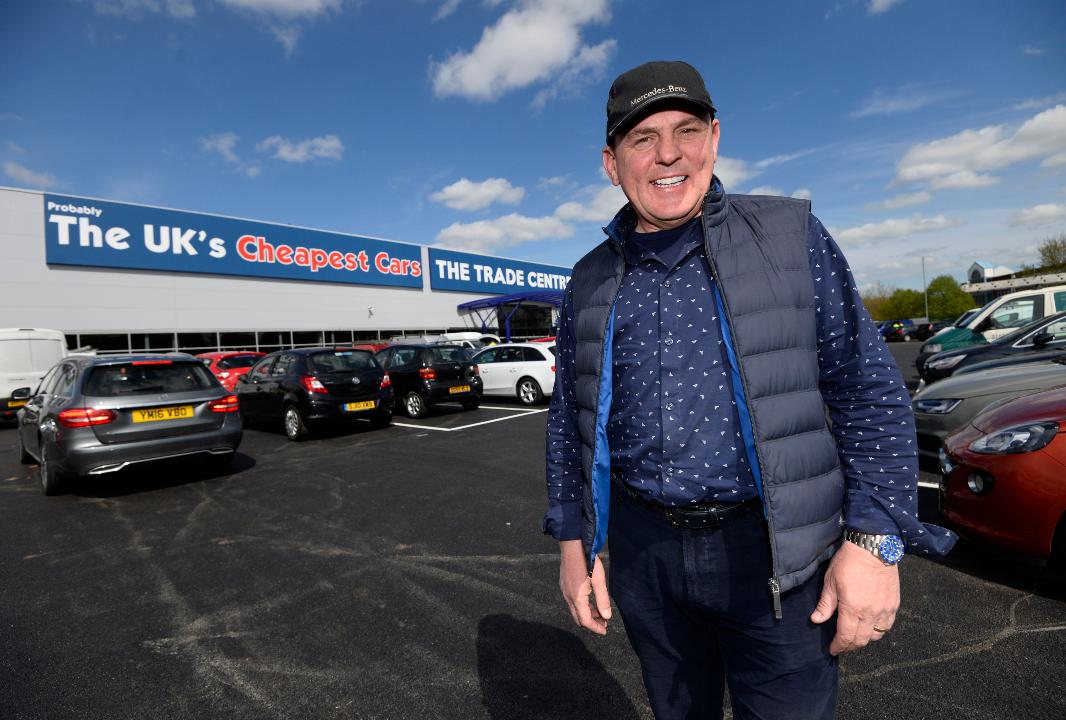 Trade Centre Wales Boss Mark Bailey has started ramping up the heat over a children’s skatepark.

As previously reported, Mark Bailey, the owner of a second-hand car dealership in South Wales known as Trade Centre Wales, is not happy that a skatepark opposite his Swansea house is to be redeveloped.

Bailey, who lives next door to rock and ballad singer Bonnie Tyler on the Mumbles Road in Swansea, has been jousting with the town’s council and even sent them legal letters from his lawyers, although the council plan to continue with the skatepark redevelopment.

Now though, it appears the grumpy car salesman has blown a gasket and turned to ramping up the heat on the local kids using the current facility.

However, Bailey has been caught on mobile phone footage challenging and threatening children whilst on their skateboards.

The footage sees what appears to be his wife climbing on the skateboard ramp and himself filming a skateboarder minding his own business.

The pair are heard confronting the young lad whilst the car dealer clearly says, if you touch her …… and makes an unprintable threat.

The skatepark earmarked by Swansea Council for redevelopment has been in position for many years, years before Bailey moved into his home and redeveloped it.

As many residents point out, ” Why buy a house opposite the church if you don’t like bells?”

Although for over a week now infuriated Swansea residents have been blasting their horns at the home of the second-hand car dealer. Clearly, it’s starting to spark him off and lower himself to confronting and abusing children in the park.

Bailey, through his actions, appears though to have now upset the majority of Swansea or are putting their feet on the gas to demonstrate ann annoy him more.

With a Bank Holiday weekend pending, Swansea residents, along with their children, are planning all to head to the skatepark and, in their words, “Let him have it”.

As well as that, groups are forming and plan to skateboard around his car showroom forecourts.

As the video footage goes viral around Wales, one resident feels that the millionaire business owner, who doesn’t have the greatest reputation in the car sales business, judging by the high volume of bad customer reviews, is doing what he calls a ‘Gerald Ratner’.

Adam Brown, a former town councillor, told Global247news  how he supports the demonstrators to be.

Speaking to Global247news this morning, he said: “Good on them; I fully endorse what the Swansea residents are standing for.

“Bailey clearly is seen basically bullying and abusing kids in the video; who the hell does he think he is? The skatepark was there long before he moved to the area.

“Just because he’s made a few bob doesn’t give him the right to behave like this, whilst he’s likely to suffer lost business through his actions, getting the backs up of thousands of Welsh residents, he could do a Gerald Ratner and destroy his business, with a public fall from grace.

“In fact, I hope he does; I bought a car from his operation once, I took it home, and it started raining, as soon as the rain hit the car, the paint started running off.

“They weren’t going to do anything about it until I made a protest and sat in the garage for 9 hours until they did; it’s now time everybody united together to demonstrate against him fully and his actions; I may even buy a skateboard myself!” he stormed.

We shall be sending our local Welsh reporter over the weekend to see how the demonstrations unfold.