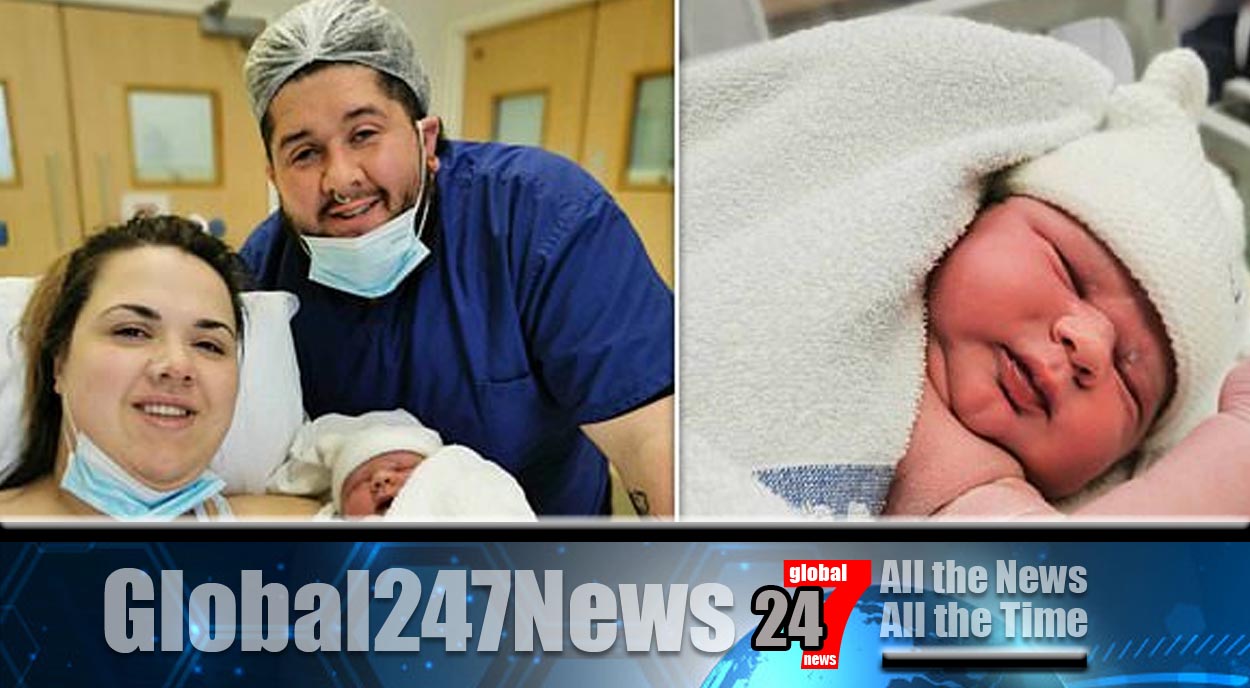 A new mum was left in shock after giving birth to a 12lb 9oz baby boy.

It’s a whopper! Woman gives birth to two foot tall boy. She and her husband were amazed as he was measured at two feet tall. Amy Smit and her husband Zak welcomed baby Zagrys into the world on 25th March. Nurses had trouble right from the start as they couldn’t fit him on the scales to weight him. Mum-of-two Amy said that during the birth, via Caesarean section, it took two people to lift him out of her he was so heavy.

As the nurses lifted him up for the couple to see him they couldn’t believe their eyes he was so big. Smit, 27, said “He was so big that it took two people to lift him out. There were all these really small ladies around me, and I heard one of them saying, ‘I need some help, he’s enormous’. When they lifted him above the screen for me and Zac to see, my first words were ‘bloody hell’.

Discussing her pregnancy with Zagrys, known as Zeik, she said “I just went off food. I never fancied any meals, I couldn’t eat meat or anything.

During my first pregnancy with Lola, I was snacking all day long, I couldn’t stop eating. But with Zeik I just had no appetite. And I just keep thinking, imagine how much bigger he could have been if I had eaten lots!”

She added that 2-year-old Lola is besotted with the newborn and said “Lola always wants to give him cuddles and be with him. She calls him ‘my baby’. Zac has already said he’s going to be a rugby player.