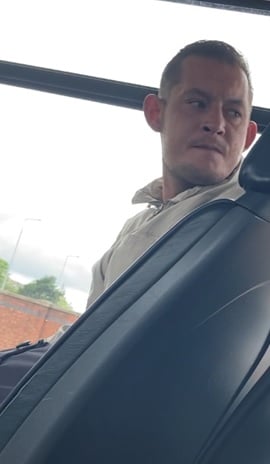 Officers investigating a racially aggravated public order incident in Bournemouth are issuing an image of a man they would like to speak to.
The incident occurred at around 3.10 pm on Saturday 22 May 2021 in Gervis Place. The offender was seen to approach a man who was waiting for a bus and racially abuse him.
The offender then made further offensive comments in relation to the Palestine Solidarity demonstration that had been taking place in the town centre that afternoon.
Police Constable Dave Carmichael, of Bournemouth police, said: “Dorset Police takes all hate crime very seriously and we are carrying out a number of enquiries into this incident.
“I am releasing an image of a man we would like to speak to as part of our investigation and I would urge anyone with information as to his identity to please contact us.”
Anyone with information is asked to contact Dorset Police at www.dorset.police.uk, via email 101@dorset.pnn.police.uk or by calling 101, quoting occurrence number 55210081017. Alternatively, to stay 100 per cent anonymous, contact the independent charity Crimestoppers online at Crimestoppers-uk.org or call Freephone 0800 555 111.
Advertisement