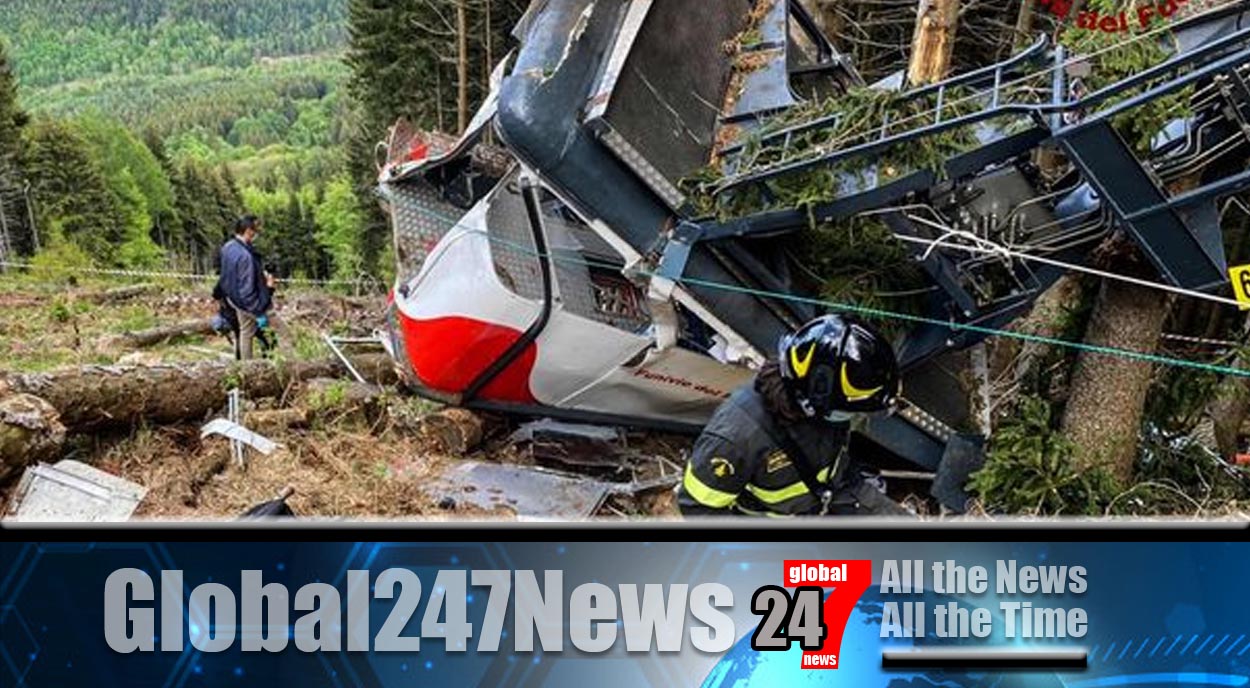 Fourteen people have died after a cable car plummeted to the ground on Sunday morning.

Italian cable car accident claims 14 lives. The accident happened on a mountain in northern Italy. An investigation has been launched into the tragic accident on the Stresa-Mottarone line in the Piedmont area of Italy. Tragically there was only one survivor of the horrific crash. He has been named as Eitan Biran, a 5-year-old Israeli boy who is in hospital with multiple fractured bones.

He was conscious on arrival at Regina Margherita children’s hospital in Turin however he required emergency surgery. His parents, Amit Biran and Tal Peleg-Biran and 2-year-old brother Tom all died along with Ms Peleg-Biran’s grandparents, Barbara and Yitzhak Cohen. The Israeli Embassy are now working to repatriate the bodies of the grandparents who had been in Italy to visit their family. Italian media reports that the other causalities were of Italian origin.

Maintenance records for the cable line show that it underwent a full renovation in 2016 and was checked again in 2017. Ministry officials also stated that the cars were checked late last year. The Mayor of Stresa, Marcella Severinosaid that it appeared that a cable had snapped and that the car reeled back down the line until it hit a pylon and fell.

She added that the car had fallen and turned over “two or three” times with bodies being thrown out and later found amongst the trees. Italian Prime Minister Mario Draghi said “I express condolences on behalf of the whole government to the families of the victims, with a special thought for the seriously injured children and their families.”