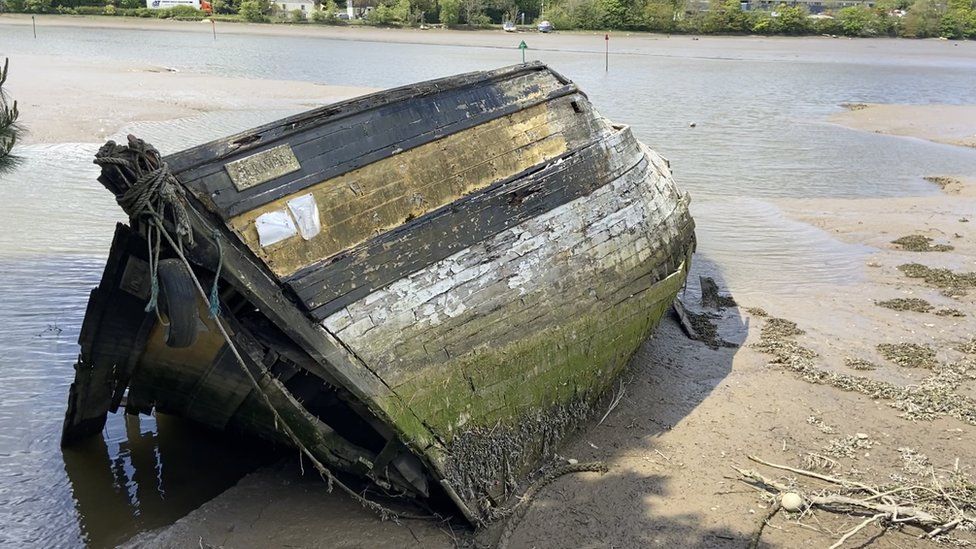 Whilst most of the nation complain and moan about fly-tipping, Devon has another issue, the dumping of boats

When a boat has seen its days, instead of scrapping the boats, boat owners simply dump them on river banks and sometimes in the seas.

As we previously reported old boats are simply dumped, in Barnstaple one man got so irate with the situation he threatened to light them on fire unless the local council tackled the situation.

Although David Passmore was hauled in front of council bosses, rather than see the problem resolved or cleared up.

Many of the old boats are made of plastic and scientists are claiming that they can be a health hazard, although that does not appear to have knee-jerked local Devon councils into action.

Dr Andrew Turner, a marine scientist from the University of Plymouth, said: “It’s like a form of fly-tipping, you have one abandoned boat and other people think well, this is a good place to put my boat and before you know it you’ve got several boats there.

“Some of them have asbestos on them, oils, batteries and aside from that there’s the aesthetic impact.

“It’s something that needs looking at seriously,” he told the BBC.

In a report for the European Commission, it is said that up to 130,000 recreational boats reach the end of their life across Europe every year.

“You go to any creek or estuary in the South West and you will see abandoned boats,” Dr Turner said.

He further added: “One of the key things it was doing was causing molluscs to change sex in the marine environment on exposure to extremely small concentrations,

“It was later found to be toxic to pretty much anything.”

Eventually, when local councils get their act together, the boats that are normally made from fibreglass end up in landfill.

The scientist then when onto explain how many boats are actually dumped, he said:

He said: “We’ve had a student looking at Google Earth and we believe there are a few hundred around the South West but there might be more that you can’t see.

“We started investigating this six or seven years ago and we haven’t seen much improvement since then.”

It’s something local residents agree with, Andrew Cartlidge from Bideford stormed: ” When you highlighted this issue earlier in the year, all the Barnstaple Council did was take the irate part-time council worker to task and suspend him from duties.

“Instead they should have been getting a grip of the situation, instead the left the complainant receiving death threats from boat owners, I hope the scientist who has now raised this doesn’t suffer the same consequences,” he said.

Boats being dumped, see owners dodging scrapping fees, that range between 1,000 -2,000 pounds and it appears the council would prefer to leave the boats to rot, rather than clean them up.

Skipper, Mike Hargreaves told Global247news this morning on Bideford harbour, “The problem stems from boats have unlike cars no registration

“Owners can simply dump and run”