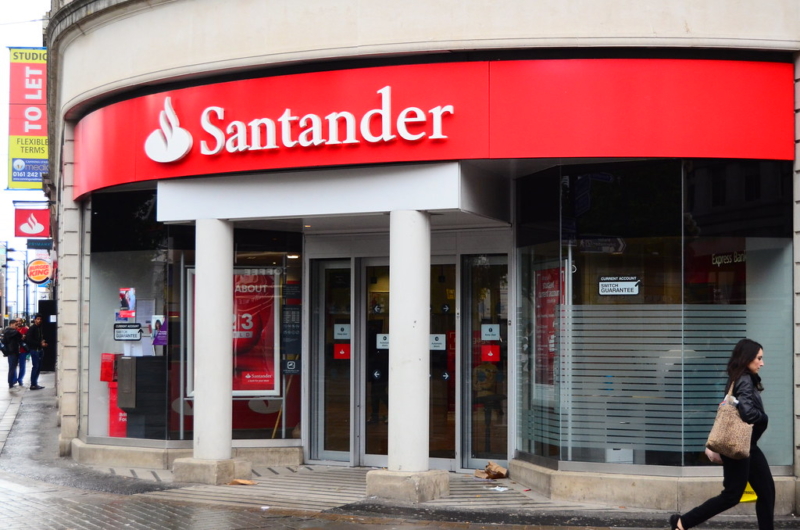 Staff at Santander Bank are leaking banking information to scammers

Customers who bank with Santander are claiming that bank staff are allegedly leaking information to scammers.

The scammers then commit fraud and con people out of thousands of pounds with a kickback going back to the banking staff member likely.

A 77-year-old woman from Yeovil, Somerset, this morning told how she was targeted and how the scam works, which saw her part with £1200.

At 9 am yesterday, the elderly victim took a phone call from someone purporting to be from Santander Bank; whilst the woman in question is wary of such calls, she was convinced it was her bank as they read out her actual current bank balance.

At the end of the phone, the man asked if she had tried to send a £900 payment to a John Hopkins in China.

When naturally she said no, she was told to call the Santander fraud department on 0207 1937221, to which she did.

The fake fraud department then asked for her assistance, stating that staff in the Yeovil branch were under suspicion of selling card numbers.

They provided the unsuspecting pensioner with a name and a bank account number. They asked her to transfer £1200 to catch the culprit in the Yeovil branch and say if questioned by the cashier; it was money for a family member in trouble.

They also informed her the £1200 would be returned to her account.

Sadly that’s exactly what the victim did unwittingly, transferring £1200 to a complete stranger. Thankfully on her way back from the bank, she called in at her daughter’s home and telling what had happened; her son in law quickly rumbled the scam.

Firstly, he rang the number of the so-called fraud department to discover an Indian man calmly answering as an individual and not a fraud officer on behalf of a bank before contacting the bank themselves.

Now the son in law, claims that it has to be the banking staff themselves at Santander Bank giving the information to scammers; he told Global247news, ” My mother in law uses no online banking or anything like that, she’s very old fashioned and relies on her monthly bank statement and if ever needs anything to do with banking, goes to the branch.

“It’s clearly an inside job; there’s no way unless Santander’s banking system is seriously flawed and the public can access other people’s accounts.

“Now we have to wait and see if the bank who has ordered an independent investigation return the funds in the next 15 days.”

Having dealt with the bank, the next step was to deal with the police, and they revealed that it’s quite an old scam in some area’s although scammers are currently targeting Santander customers in South Wales and the West Country.

“The police were excellent; they were very concerned about the death threats made in regards to killing my mother in law by the scammers after I exposed them on the phone; I know they won’t. It was just hot air, but the police still took it seriously, let’s face it, they are sat in India somewhere with an extra £1200 in their pocket.

“It is the fact, though, that people in the bank are clearly feeding out information; that’s what is disturbing; if you can’t trust bank staff, who can you trust?

“What I want to do now is get the message out across Wales and the West, so others don’t get caught out and get robbed,” said the son in law.

After hearing the plight, Global247news own investigators looked into the incident and spoke with a former fraudster, turned crime buster Gareth Child.

Child, who swindled over 8million pounds, including 1.3 million from Westland helicopters, now assists in catching fraudsters knowing all the tricks of the trade, he told us this afternoon,

“This is quite an old scam, especially in the bigger cities, although Wales and the West, I understand, is being targetted.

“This will be because that actual scam is less heard of in more rural area’s – what happens is as a scammer you get banking staff on your side, they feed the scammer the details in return for a cut of the profits.

“You will be surprised how many banking staff are ‘bent’ – it’s often they have something like a cocaine habit, and they need the cash, or they just are greedy for money.

” What then takes place is the scammer makes the call, the funds get transferred into an account of what’s known as a ‘cash mule’ – these mules keep say 20% and the through the likes of Western Union wire the money out abroad, which is hard to trace.

“The mule often is a vulnerable person; they don’t know it’s stolen money a lot of the time and get recruited online by the scammers.

“In regards phone numbers, these days you can buy any phone number with any code, it’s that sophisticated – the rule of thumb is never to trust a phone call from a bank and never do whatever they say.

” The bank staff indirectly are moving your cash with your assistance rather than just transferring the funds from your account.

“Unfortunately, these scams are only going to get bigger, with all the branch closures going on; I was in Cowbridge last week and saw Barclay’s is going from there; what happens to the elderly in the town now? They are forced into technology and are easy prey for scam artists – that’s the truth of it.

“Banks need to tighten up on their staffing policies, although in this case, the evidence is quite clear, they knew the woman’s live bank balance – the bank should be able to trace what member of staff looked at the account at around the time the scam took place and catch the info feeder as they are called, on £1200, the info feeder would make the £200, 5 feeds a day, says it all – they make a grand a day on top of their banking salary!

“The bank on this occasion should return the money to the victim; to me, it’s quite clear what’s happened here; you would believe it’s your bank if they give you the exact balance”, he advised before finishing “The Yeovil banking staff at Santander should have been more alert mind looking at his case, they are aware of these scams and here is a 77-year-old lady requesting a direct transfer to a so-called family member with a foreign name of Antonio Stefan? – you don’t need to be Ironside to spot that one really, poor training there by the bank for sure,” he finished.

Our investigators also found claims that are widely on the Internet of the Spanish owned bank being one of the worst for security out of all the banks, to which Gareth Child confirmed.

If you live in the targetted area of Wales or the West and receive a call from Santander bank, think twice before even entering a conversation and certainly don’t follow requests.