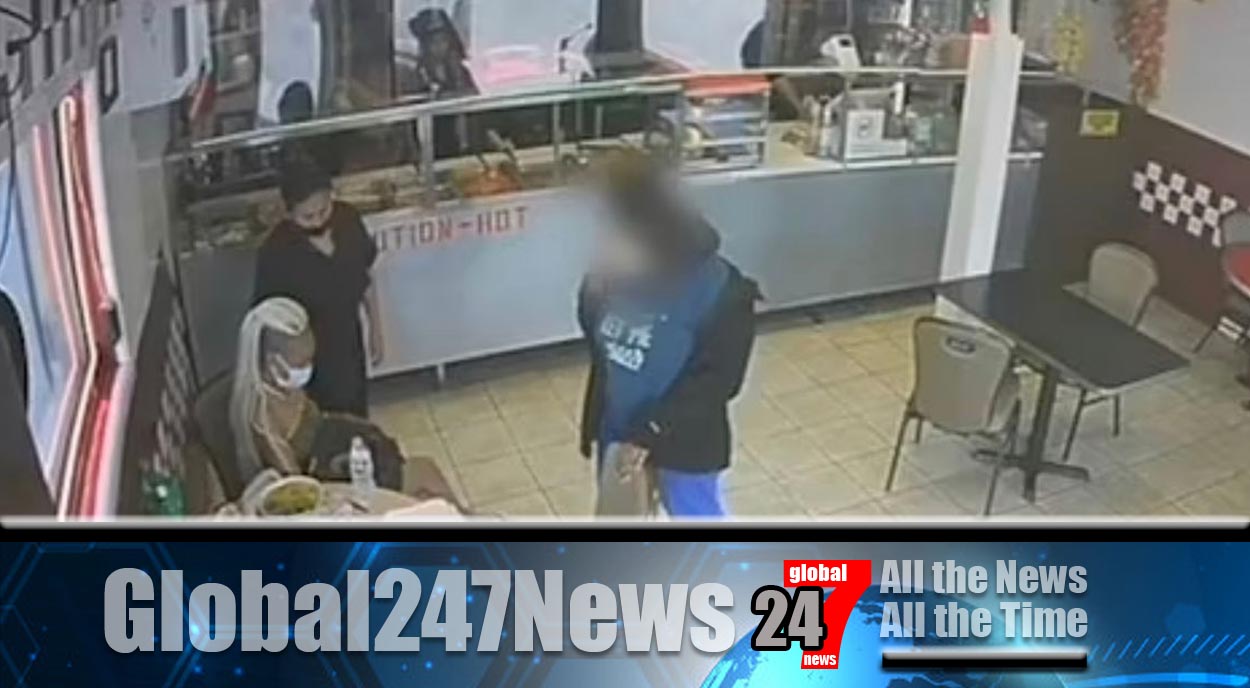 On Wednesday a 14-year-old girl left her newborn baby with a complete stranger before fleeing.

New Jersey teenager dumps baby in restaurant. The incident was caught on CCTV with the restaurant customer saying she appeared to be “desperate”. A local news station reported that she walked into the restaurant, in New Jersey, USA and told staff there she had found the baby girl abandoned. One restaurant customer, Alease Scott, who was dining with boyfriend Walter Cocca, asked the teenager if she could check the baby over.

The youngster handed her the child then fled. It has since been confirmed that the teenager is the baby’s mother. Ms Scott called the police as the baby was having trouble breathing and still had part of the umbilical cord attached. She said “Once I applied the oxygen mask to the baby, all of a sudden we heard the most beautiful cry and the baby started moving.

She slightly opened up her eyes and then she closed her eyes but the sweetest thing was when she got hungry and she was trying to suckle on the oxygen mask so we knew she was OK after that.”

Mother and baby are said to be doing well after police located the young mum. She will not be facing charges and the baby girl will be out up for adoption.

A protection act in New Jersey means that a person can give up a baby without the fear of prosecution. On the website of the New Jersey Department of Children and Families it states “The parents – or someone acting on their behalf – can bring a baby less than 30 days old to any hospital emergency room, police station, fire station, ambulance, first aid, and rescue squads that are staffed 24 hours a day, seven days a week.”

Ms Scott finished by saying “I’m just so happy I was there to help because she just was desperate and didn’t know what to do, she was so young.”