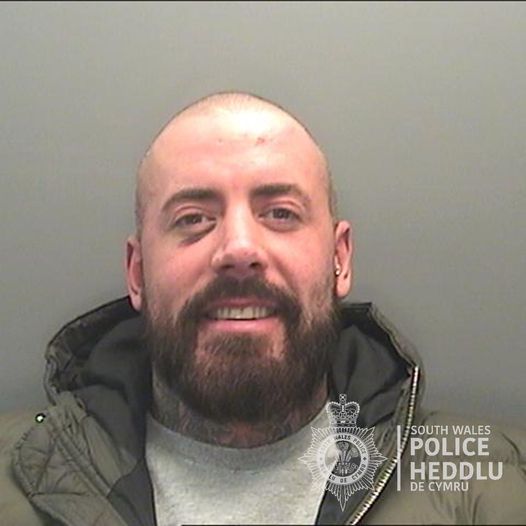 A drug dealer caught in possession of more than two kilogrammes of cocaine worth more than £100,000 has been jailed.

Thomas Davies, 35, of Buckley Road, Tonypandy was detained when officers executed a drugs warrant in February 2021.
Officers forced entry to the first floor flat at approximately 9 am and found Davies asleep in bed.
As he was being escorted from the address, he tried to jump through a window whilst handcuffed but was pulled back inside by officers.
A simultaneous drugs warrant was executed at an address in Partridge Road – officers were targeting a garage that Davies had been renting from a family member.
Inside the garage which was padlocked, officers found a sophisticated drugs operation – drug press machines were recovered along with a significant amount of cocaine.
Davies was taken into custody and shortly after was charged with possessing class A drugs win intent to supply.
He later pleaded guilty to the charge and was jailed for seven years at Merthyr Tydfil Crown Court earlier this month.
Detective Constable Lewis Watkins said:
“Thomas Davies was a significant supplier of cocaine in the area.
He also owned luxury vehicles including a Range Rover but we have seized those vehicles under the Proceeds of Crime Act.
Financial Investigators are now working hard to ensure he does not benefit from any profits of his drug dealing.”
Advertisement