Horrific head on collision in Wyoming

May 25, 2021 Horrific head on collision in Wyoming 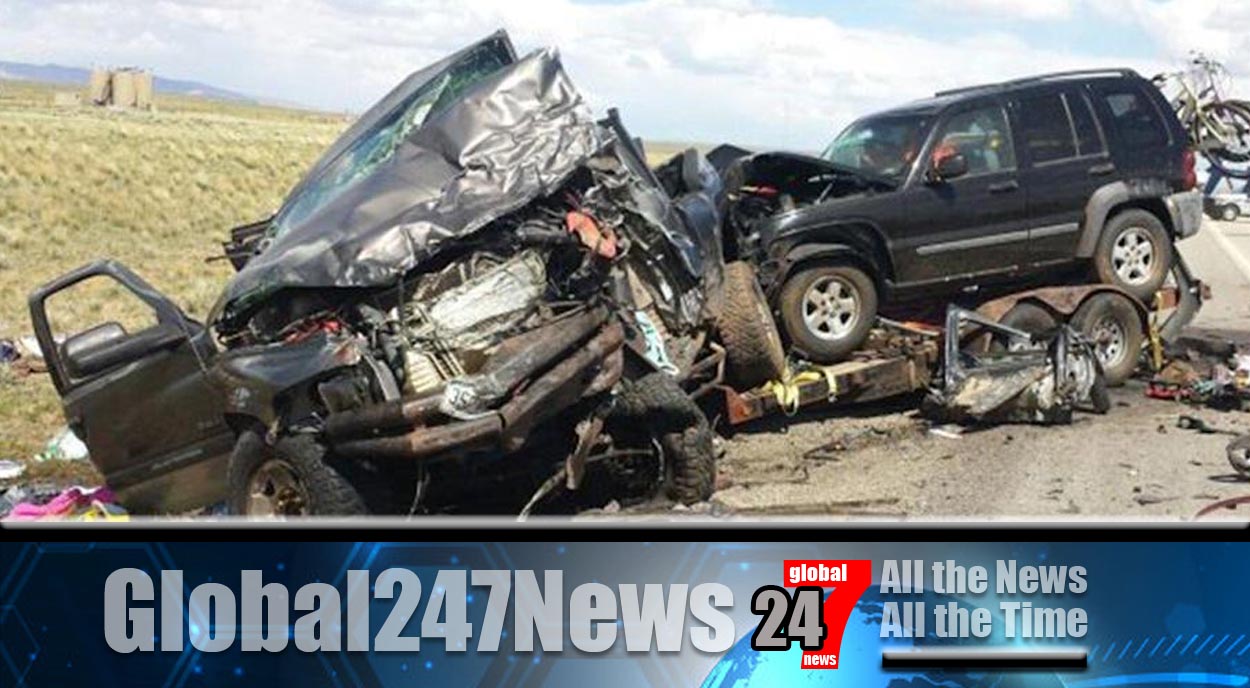 A father-of-three from Colorado is fighting for his life in hospital after the horrific crash.

Horrific head on collision in Wyoming. He and his two daughters were hit head-on by a “fatigued” truck driver. His wife and son who were traveling in a car behind them watched on in horror as events unfolded.

The family were on their way to Wyoming to purchase a new house when tragedy struck. Michael “Mike” Marr, his wife Hillary Marr and their three kids were traveling in two separate vehicles.

Mike was driving the family truck while pulling another car on a trailer. Hillary was driving behind them with their son. Wendy Coppersmith, a family friend, has started a GoFundMe page for the Marr’s. She wrote on the page “In a split second, their lives were changed.” Wyoming Highway Police were called to the scene at around 1.30pm on Thursday on the US 20-26 east of Shoshoni.

Officials said a Ford F-250, driven by Stephen James Stewart, was heading east when it crossed lanes into the westbound carriageway. It hit Mr Marr’s Doge Ram head-on. Coppersmith said “Hillary witnessed this terrible accident from the car behind but luckily acted quickly so her and Jameson were not hit.”

Following the horrific smash 32-year-old Mike was airlifted to hospital. His two daughters, Addison and McKenna, were also taken to hospital to be checked over. Mr Stewart, 75, was killed in the accident with police confirming he died at the scene.

The GoFundMe page set up by Coppersmith has so far raised $73,000 for the family. Mr Marr remains in intensive care in a “critical but stable” condition. Coppersmith wrote on the page “Their lives were shattered. Please help this family during this terrible time. All monies will go directly to Hillary and family so she can financially take care of her family while Mike heals and can then get back to work.”