May 25, 2021 Come On Boris Say Traders In Spain's Benidorm As It's About To Go GREEN 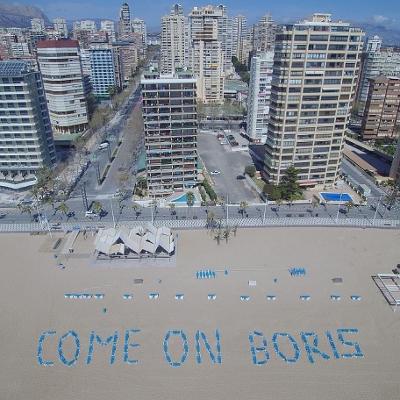 Come on Boris is the message from traders and residents in Spain’s Benidorm.

After a very long period now of being isolated away from tourists, traders and residents wish for the day that UK PM gives Benidorm the green light Boris Johnson.

Having to sit and watch as Portugal went green, accruing a mass invasion of holidaymakers, Benidorm remains like a ghost town waiting for the starting light from the British government.

After generations of being the firm favourite for billions of Brits every year, locals are getting frustrated and holidaymakers too.

Although now those frustrations may be finally over, as Whitehall sources have revealed to Global247news this morning, Spain is set in the next 14 days to finally be placed under the green light for European travel without restrictions.

The same source who informed us of Portugal going green and the correct information on several occasions for Spain’s position, this morning as he boarded the train for London from Cardiff train station revealed:

” Spain will be going green in the next 14 days unless there’s some dramatic change, I can’t go into details, but that’s how it stands at present.”

The news as we spoke to traders in Benidorm this morning was very welcoming; beer supplier Derrick Payne who lives just outside the town, said:

“That’s the best news I have heard in a very long time. To be fair, your contact has been correct on each occasion, so this presents great optimism.

“I have to say Benidorm has been bloody safe for months. It’s got a fantastic health record and should have been released to green way before, but let’s hope this is, at last, the end of the restrictions.” he finished.

Benidorm has been safe for very many months, as the resident said, looking at the statistics although held on Amber due to results from other parts of Spain, hundreds of miles away but now at long last hopefully Benidorm can fly off the grid under the green light.