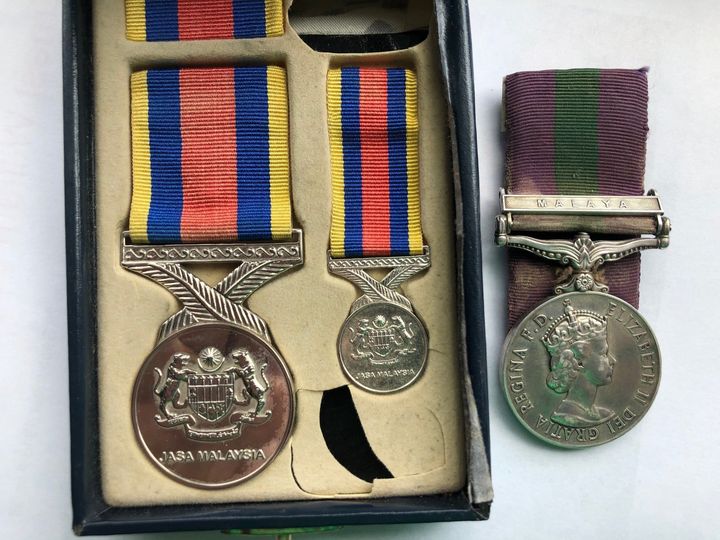 A war veteran has been reunited with his medals 12 months after they were stolen from his house.

The 83-year-old former 2nd Lieutenant, who served with the Welsh Borderers was unaware his General Service Medal with clasp Malaya, pictured, had been taken during a burglary at his  Cardiff, Penarth home in May 2020.
It was only when an off-duty police officer recently noticed them for sale at an antique market and contacted the gentleman that he realised the medals were missing from a bedroom drawer.
Due to the Covid-19 lockdown, he had not worn them for Remembrance Sunday and mistakenly believed only a laptop and money had been stolen during the burglary.
We were delighted to return the stolen medals back to their owner at the weekend SWP said.
* A 50-year-old man from Butetown  Cardiff is serving a three-year prison sentence for the burglary.
Advertisement