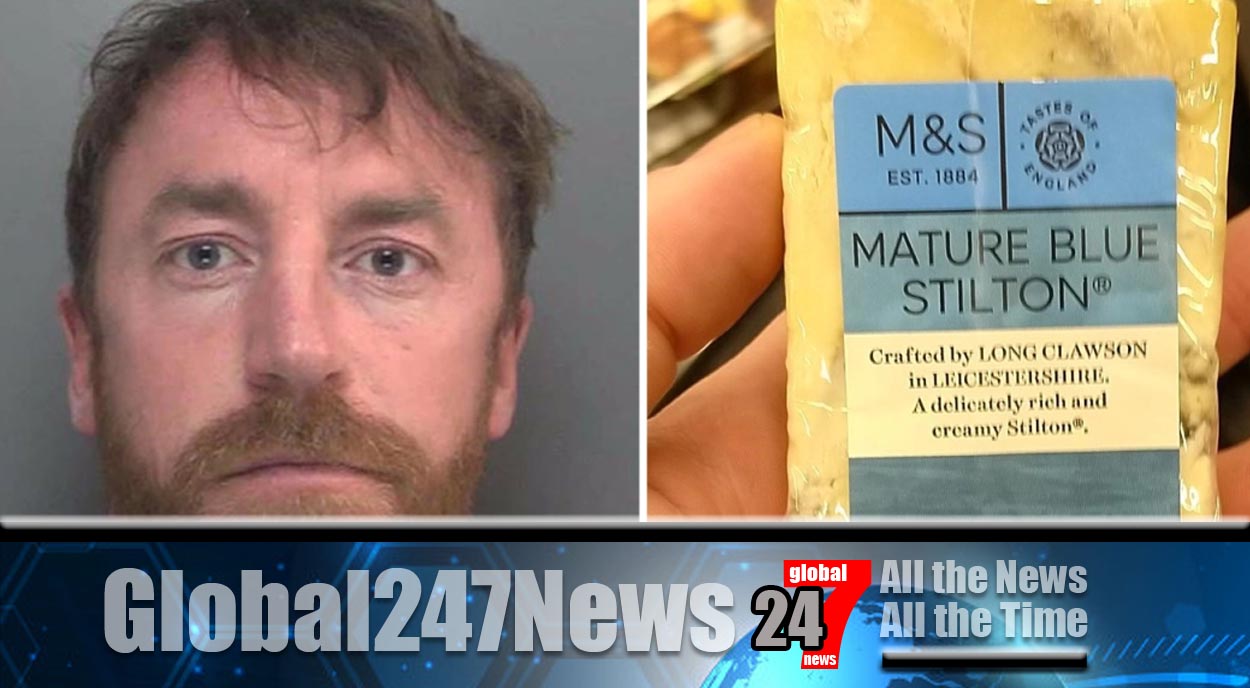 Police have tracked down a drug dealer from his fingerprints.

Say cheese! Drug dealer caught from fingerprints on M&S stilton. They used them from a photo of him holding a block of cheese. He has now been jailed. At Liverpool Crown Court on Friday Carl Stewart, 39, was sentenced to 13 years and 6 months in prison. Police stated that his “love of Stilton cheese” was behind his capture.

He was identified after he shared a photo of him holding some cheese to a mobile encryption service. His fingerprints were analysed from the image. An international operation is targeting drug criminals and Stewart, from Liverpool, is the latest to be jailed.

He supplied large amounts of class A and B drugs using the name “toffeeforce” on the encrochat service which they believe makes them untraceable. Detective Inspector Lee Wilkinson said “Today we have seen another significant sentencing as part of national Operation Venetic, which came about after law enforcement officials in Europe managed to crack the ‘encrochat’ service being used by criminals involved in serious and organised crime to carry out their business.

Carl Stewart was involved in supplying large amounts of class A and B drugs, but was caught out by his love of Stilton cheese, after sharing a picture of a block of it in his hand through encrochat.

His palm and fingerprints were analysed from this picture and it was established they belonged to Stewart.” Arrests continue across the Merseyside area police said. Wilkinson continued “As part of Operation Venetic, Merseyside Police has so far arrested more than 60 people, many of whom have been charged with serious drug trafficking or firearms offenses.

This year will see a number of these people continuing to appear before the courts, and we welcome each and every one. Merseyside Police, along with law enforcement agencies across the world, will leave no stone unturned in our pursuit of those people who think they are above the law, and we will continue to target anyone involved in serious organised crime to keep this positive momentum going.”