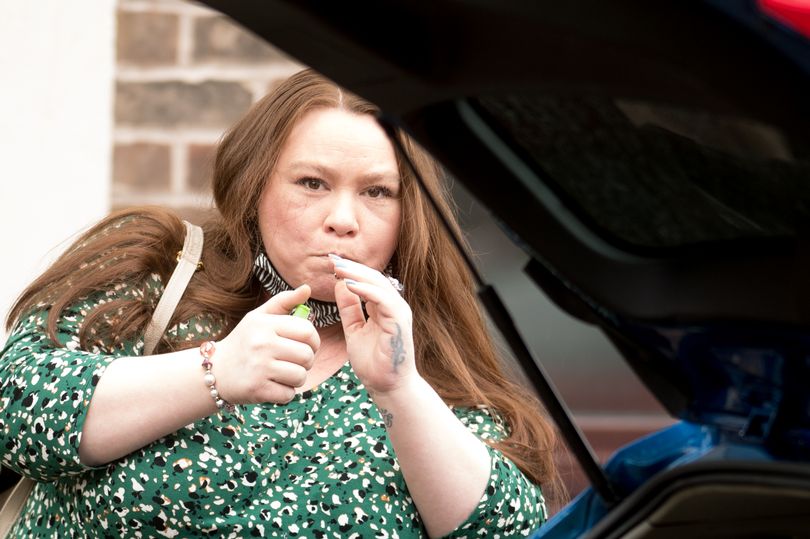 A heroin dealer and user from Stoke has been spared a jail term as she presented a sob story to a judge.

Herion dealer and user Kirsty Speakes from Stoke presented a sob story for her actions to a judge and escaped a jail sentence that has annoyed locals in the town, citing it as ‘blag’.

Well known dealer Speakes appeared at Stoke Crown Court and claimed to the judge that the 33-year-old started using heroin after her dad died in 2018, and she ran up a £700 debt to her dealer from Liverpool.

She claimed that she received threats and began working for him to repay the cash, and that was her reason for becoming a dealer in the Stoke area.

The court heard that police raided her home in May 2019 and recovered a significant number of heroin and crack cocaine wraps.

They also seized £300 in notes and a mobile phone, which contained messages linking the defendant to the supply of drugs.

After hearing her plea, the soft judge said:

“You were completely cooperative. The police recovered a significant number of heroin and crack cocaine deals. They found a tick list, £300 and a phone on which were found some texts indicative of dealing. I have seen very similar texts on phone evidence in a case I dealt with recently involving another dealer from Kidsgrove.

“You admitted daily use of heroin and you sold the drug for about two weeks to pay off a debt to your dealer.”

The judge then went on to give the convicted dealer a two year suspended sentence.

Although residents in Stoke have been left in shock at the leniency of the sentence handed down.

“She’s been dealing for far more than two weeks – more like 2 years! ” claimed a neighbour “She blagged her way out of that one,” he said.

“There have been users pulling up at her home for a long time, she’s played the judge on this occasion” he finished.