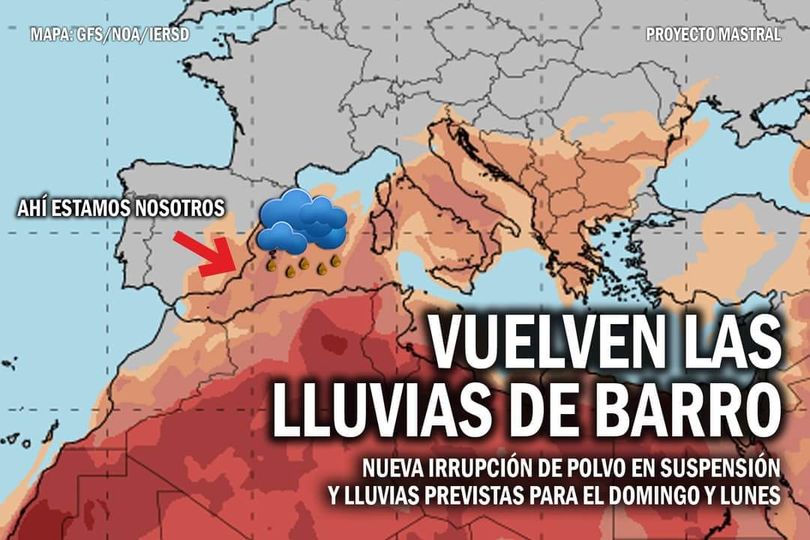 Residents on Spain’s Costa del Sol & Costa Blanca prepare for a mud dump from the skies on Sunday.

Experts warn residents on Spain’s Costa’s to prepare for a ‘mud dump’ as rains hit the Costa’s on Sunday.

The mud will be dumped with the heavy rains forecast that are expected to start falling on Sunday.

Experts say that the rain will be full of mud and that that it will land heavily on Spain’s Costas.

The mud formed by suspended dust in the air that gathers together and turns into thick mud has seen locals preparing by covering up in preparation.

Whilst Spain is used to dust falls as it rains, experts say this time it will be thick mud and warn residents to cover up the likes of their swimming pools.

Although if it rains a lot, the mud could be washed away quickly, blocking drainage, causing more local flooding issues.

Mud dumps are common in Africa but rarely reach the shores of Spain, leaving many residents unaware of the dangers.

Now residents have turned to Google for advice, with mud dump searches peaking on Google searches from Spain.

Graham Noone told Global247news this morning: “We’ve had everything else dumped on us the last year or so, and now this – we shouldn’t be shocked; it’s just one thing after another at present.”

Awning manufacturers are also advising residents to wind in their sunshade awnings as well as bar owners.

Christopher Catton, who fits awnings in Denia, said: “This mud could be heavy enough to collapse your awnings; everyone should tonight retract them for safety.”