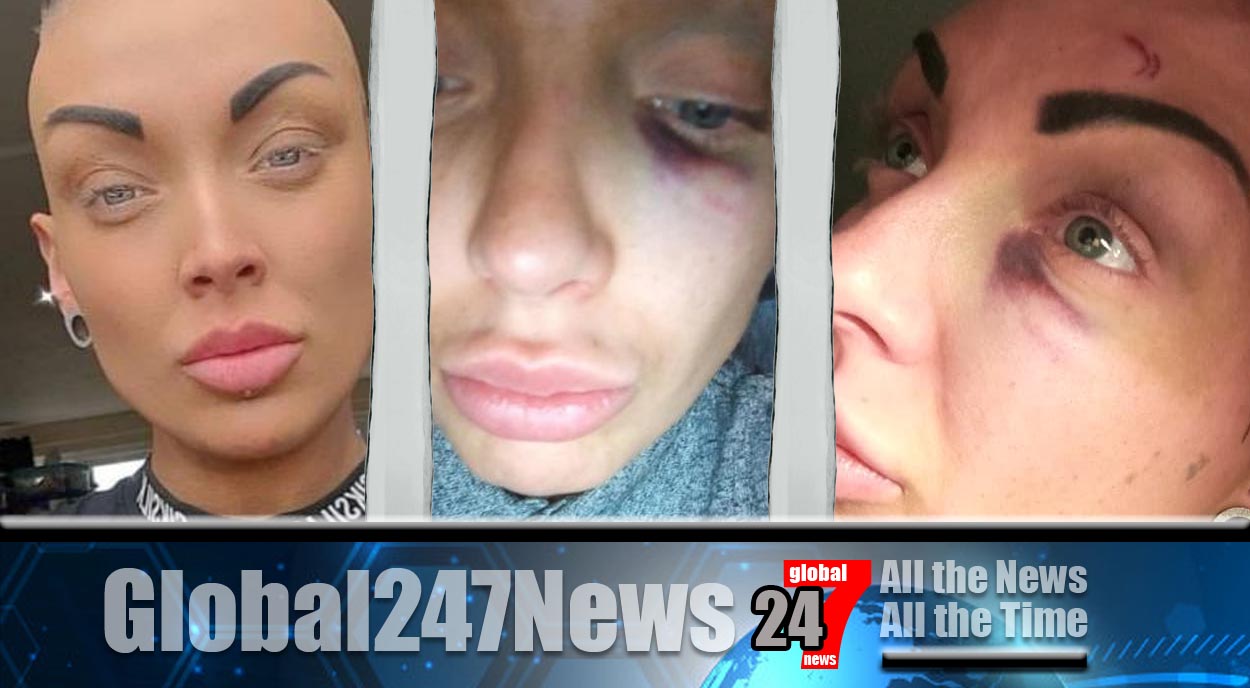 A young mum who was beaten with a crowbar said she thought she was going to die.

Homophobic crowbar attack on Worthing mother. She was “black and blue” after the attack outside the Three Fishes pub in Worthing on Monday. She had been out for a meal with friends and they had decided to stop at the pub for a drink afterwards. Lauren Garrison, 28, who is bisexual, said she is in “shock” after the attack and bitterly regrets stopping at the pub.

She told how the group that attacked her called her a “dirty d***” and a “tranny”. The beating left Lauren unconscious. She claimed the group of 10 boys and 3 girls shouted abuse at her and said trans gender people “should be shot”. She continued, saying “They were being verbally abusive to me and making homophobic comments.

They called me a tranny and said, ‘Oh look there is another dirty d***’. They then said they should be shot.” Lauren told how she was knocked out after leaving the pub and was hit with a crowbar and a bottle.

She burst a blood vessel in her eye during the attack and received concussion. She said “I used to love to just go to the pub for a drink or getting some food with my little boy after he finished nursery, but it has completely thrown me now. I am now always questioning myself ‘What if I see them again?’”

Sussex police said they are investigating the incident saying the suspects are believed to have “made homophobic comments to the victim during the assault”. A spokesman for the force added “Enquiries are underway to trace those responsible, and officers are keen to speak with anyone who may be able to assist with the investigation”.