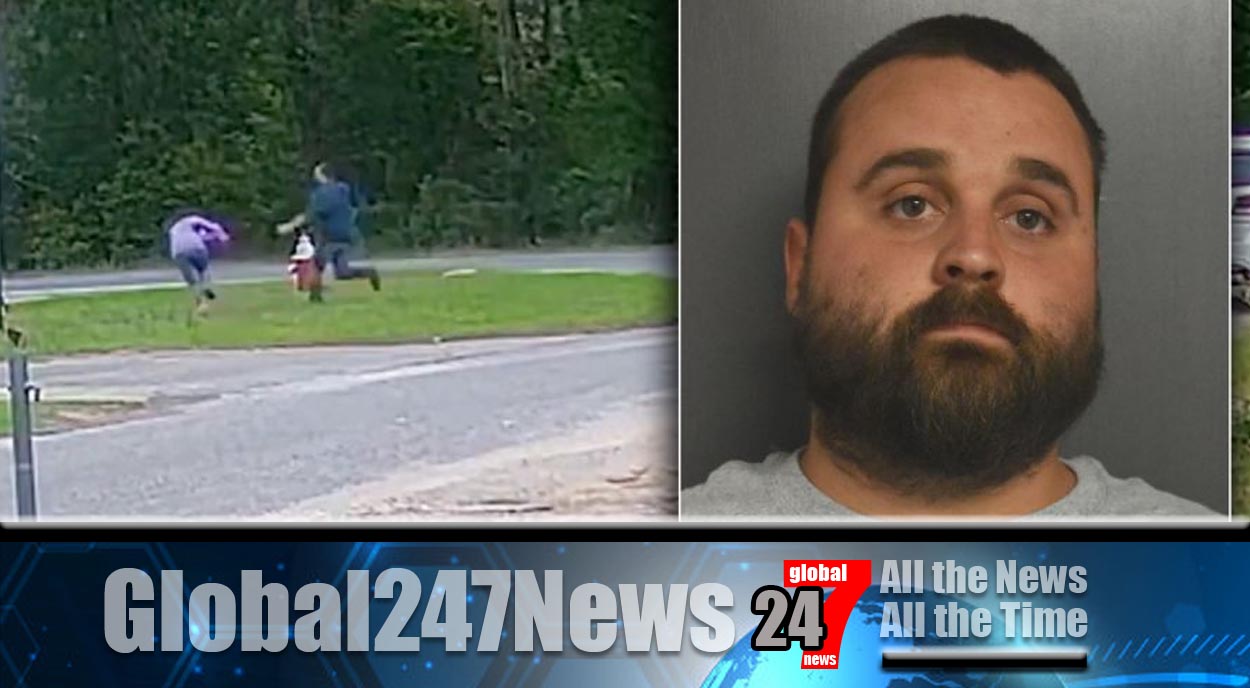 A suspect is in custody after trying to kidnap an 11-year-old girl from a bus stop.

13 year old Florida girl fights off kidnapper. Authorities said his attempt had been caught on video. According to the Escambia County Sheriff’s Office the incident took place at 7am yesterday morning in Pensacola.

The man, carrying a knife, got out of a car and tried to kidnap her. Footage clearly shows the man running towards her while she was sitting on the grass. The girl attempts to flee however the man catches her and tries to pull her towards a white Dodge Journey.

As the pair fall to the ground the girls struggles free and makes a run for it while the man gets back in his car. Jared Paul Stanga, 30, was arrested by police and charged with attempted kidnap of a girl under 13-years-of-age.

Speaking to reporters Escambia County Sheriff Chip Simmons said “We have caught the animal.” He continued “We understand that we only had a short period of time. We wanted to make sure they didn’t ditch this van, they didn’t leave town.”

A search investigation led police officers to Stang’s home where he was found wearing the same clothes as in the video. Simmons said his vehicle was the same although the bumper had been painted black. According to Simmons Stanga had a history of crime, including a sex offense against a child.

And then she went straight to her parents which she should have done, told her parents what was going on, who in turn contacted the Escambia County Sheriff’s Office. We got the information out so quickly that our suspect tried to paint his car.”