Man in Florida wrestles alligator to save his dog

May 17, 2021 Man in Florida wrestles alligator to save his dog 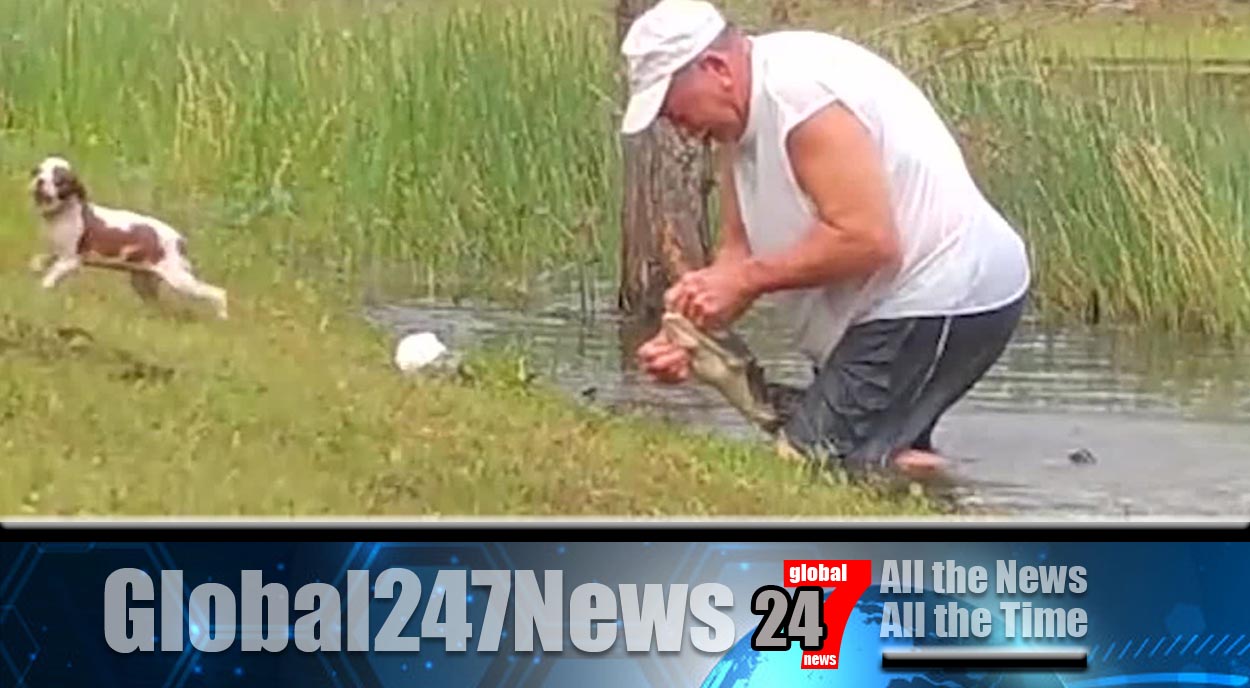 A Florida man has told how he wrestled an alligator to save his dog.

Man in Florida wrestles alligator to save his dog. Chocolate Labrador Jake is only 8-months-old. Local reports stated that Jake had wandered into bushes near a pond while out walking with his owner, Mike McCoy.

An alligator sprung from the water and grabbed Jake, pulling him back into the water. Without a second thought Mike jumped in and received a bite from the predator himself.

He said “He was in a death roll with that thing.” He continued “I previously read up on my environment and gators. I got around, thumbed him in the eye, picked him out of the water so he couldn’t get anywhere until he let the dog go.

And in the interim he decided, I don’t have him, I’ll bite you.” Mike said the terrifying incident does not seemed to have upset Jake who is still in high spirits. Both himself and Jake needed stitches after the incident.

Mike said “He’s on the mend. He’s full of spit and vinegar today.” When interviewed the Florida Fish and Wildlife Commission said the alligator would have been around eight feet in length and they are now working to remove him from the pond to a safer area.