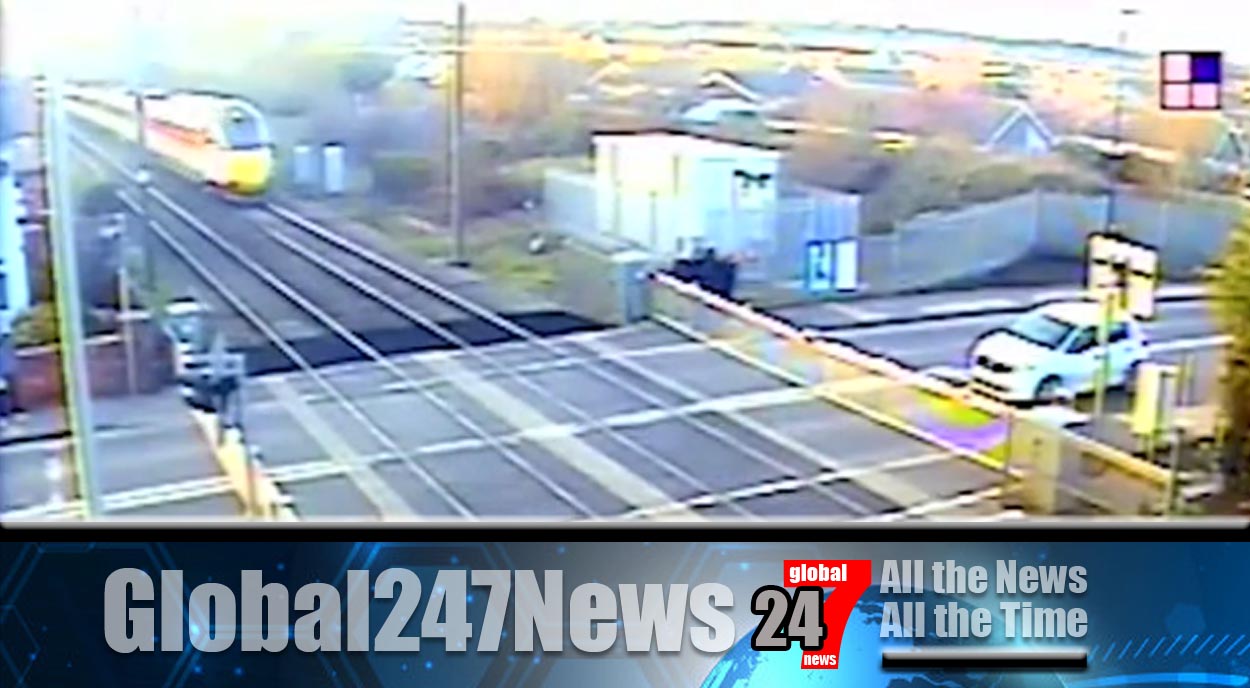 Terrifying video footage has been released showing a groups of youngsters trying to lift the barrier.

Kids try to lift level crossing barrier seconds before train passes. Just moments later a train rushes past at 125mph. The video shows footage of the incident at a level crossing in Rossington, near Doncaster, South Yorkshire.

Bosses at Network Rail said the video is “disturbing” and could of resulted in a “tragic loss of life”. They warned members of the public to always stay aware at level crossings, not to interfere with barriers and be mindful of the warning lights.

They also issued a reminder that trains are not able to do emergency stops or swerve to avoid obstacles. Operations Risk Advisor for Network Rail, Vicki Beadle, said “This footage from Rossington level crossing is extremely concerning and there could have been tragic consequences.

The barriers are lowered for a reason and it’s never safe to interfere with them or hang around at a level crossing. It is crucial that people concentrate, always follow the rules and pay attention to the lights, barriers and warning signs at a crossing.”

British Transport Police Inspector Tony McGhin said “Level crossings are in place for a reason; when used properly they work safely and efficiently.

Messing around with these mechanisms is irresponsible, stupid and incredibly dangerous. I cannot emphasise enough the potentially lethal consequences of acts like these.”