May 16, 2021 Man jailed for horrific mistreatment of Border Collie 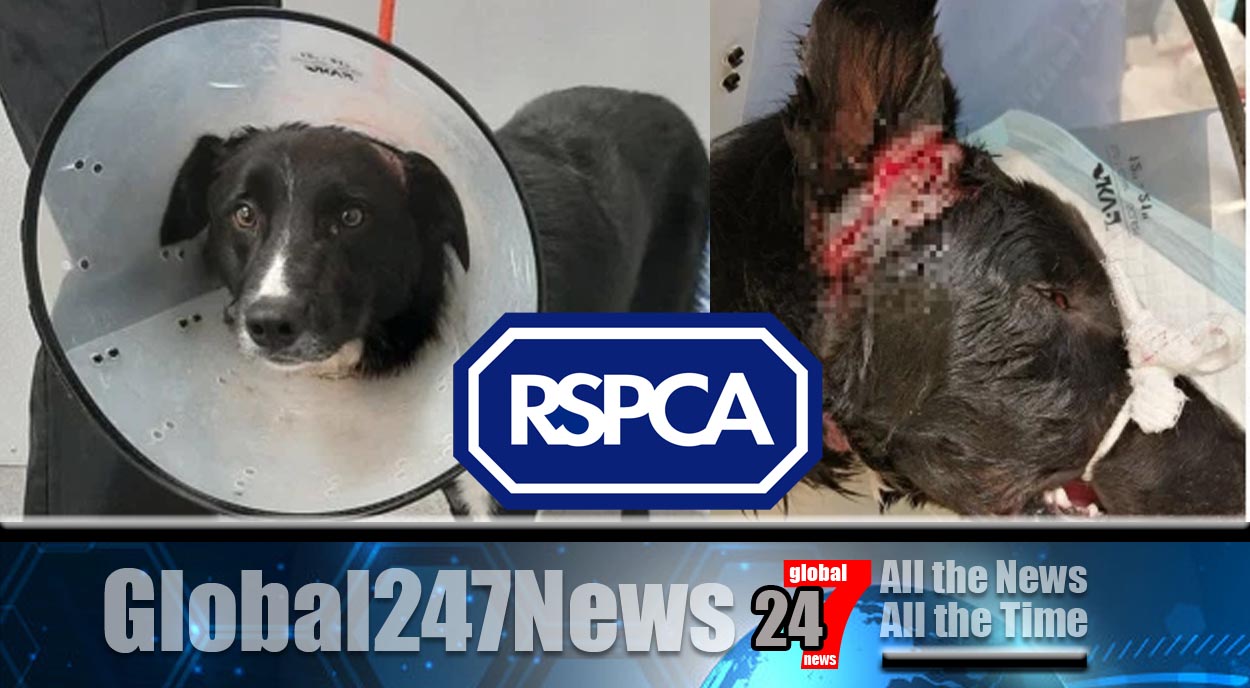 A man has been jailed after his dog was left with an elastic band round it’s head.

Man jailed for horrific mistreatment of Border Collie. The band had caused deep wounds that eventually became infected. Kevin Hunter, 53, was charged after not taking his one-year-old Border Collie Glenn to the vet.

The dog was discovered last summer at Hunter’s home in Larkhall, Glasgow. The band was so deeply embedded that it became infected over the course of two weeks.

At Hamilton Sheriff Court Hunter was jailed for two months and banned from keeping animals for five years. Scottish RSPCA Inspector Jack Marshall said. “On 31 July we received a call regarding a dog at the address who had sustained wounds following an attack by another dog. The caller was concerned that Hunter had not sought veterinary treatment for these wounds.

When we attended the wounds on Glenn’s head were immediately visible.” He went on to say that Hunter was initially unaware of the wounds. And said it may have occurred just days before their visit.

He added “The vet estimated it’s likely Glenn had been left in this state for closer to two weeks. Due to the extent of the damage caused by the elastic band and the infection that was present.

This would have caused Glenn unimaginable pain and suffering.” Glenn has now been rehomed Marshall said while finishing off by saying “Thankfully, Glenn made good consistent progress with veterinary attention in our care and once his wounds had healed he was rehomed successfully in the weeks that followed.

We’re glad that Hunter has received a prison sentence and a ban on keeping animals for five years. We hope he seriously reconsiders his ability to care for any animal in the future.” It remains unclear how the elastic band got on to Glenn in the first place.