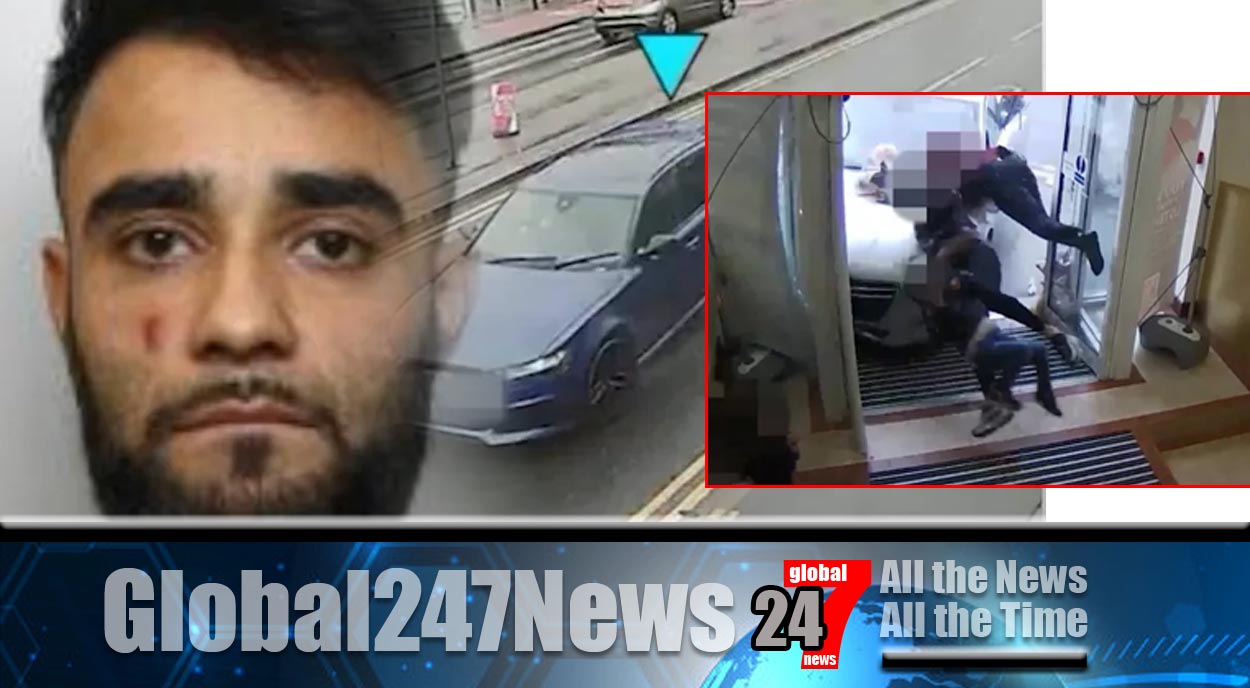 The moment a speeding driver lost control and hit a pram has been caught on CCTV.

Drugged up driver hits car and pram. He was traveling at more than 40mph over the speed limit when his vehicle hit another car. The driver, 29-year-old Kamran Khan, was at the wheel of the powerful Audi RS6 when he hit a Peugeot 508 in wet conditions on 29th September 2019.

The Peugeot was forced off the road in the collision and hit a church, injuring several people. One woman had serious injuries to her foot and a toddler in a pram became lodged between the vehicle and a wall.

After his arrest Khan pleaded guilty to two charges of causing injury by dangerous driving. He was given a three year prison sentence at Leeds Crown Court and banned from driving for six and a half years.

On that rainy day back in September 2019, Khan chose to drive over twice the speed limit and caused a crash which injured multiple adults and children.” He went on to add “It is sheer luck that only two people were seriously injured and that the consequences were not even more serious.

The court were told Khan had a previous conviction for a drug driving offense and had cannabis in his system at the time of this collision. Khan has been jailed for his actions and I hope this sends a clear message of the dangers and consequences of driving at excessive speeds whilst under the influence of drugs.”