May 14, 2021 Primary school LOCKDOWN as ARMED police swoop due to fight with weapons 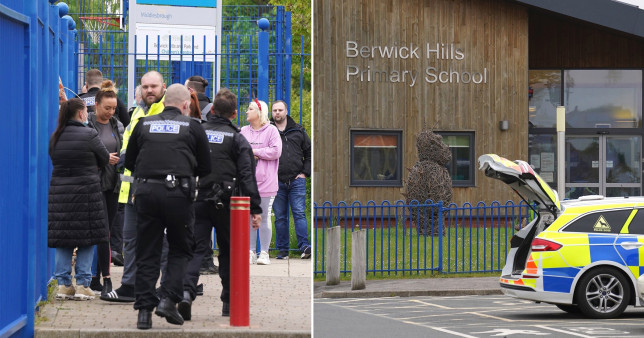 A school has been locked down after a number of people brandishing weapons started scrapping on school grounds.

One passerby was injured as they tried to help armed police this morning at Berwick Hills Primary School, Middlesbrough.

A police statement said: ‘Police were called to an ongoing incident near to Berwick Hills Primary School this morning around 8:40 am whereby a number of males were reported to be fighting with weapons. ‘The incident spilt into the school grounds and the school took safety precautions.

“Armed officers attended the scene and a number of males were located in possession of sharp objects. Four males were arrested and taken into police custody. ‘A male member of the public who assisted police in detaining the males suffered minor injuries. ‘Officers can assure parents that the incident is not linked to the school and officers will remain in the area for some time to provide a high-visibility presence and reassurance to members of the public. Enquiries are ongoing.”