Number 10 defends locking up the Spanish As Expats Fear Retribution 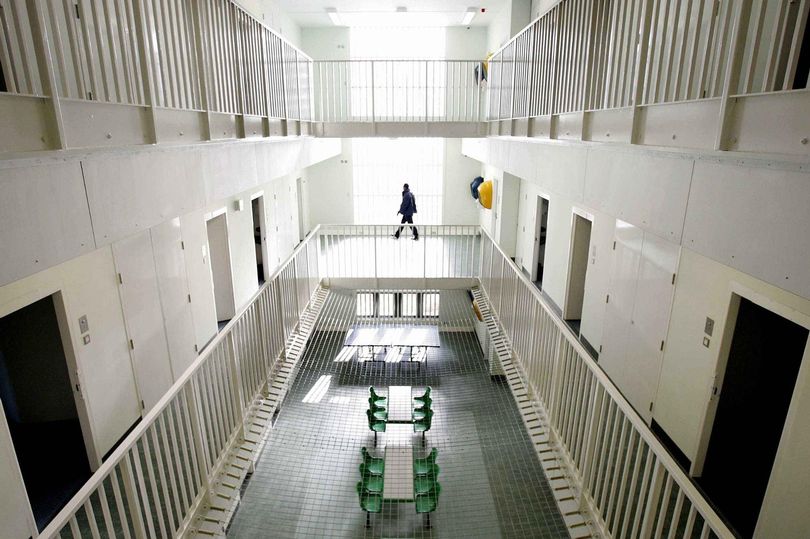 British government defends locking up the Spanish arriving in the UK without the correct Brexit paperwork.

EU citizens are our “friends and neighbours”, Number 10 insisted yesterday, amid reports that Spanish and Italian people arriving in the UK without the right papers had been held in detention centres.

Earlier in the week, Global247news reported the story of Maria from Valencia.

Maria, aged 25, was locked upon arrival at Gatwick airport and sent to a detention centre – her crime was she didn’t have the correct Brexit paperwork.

Whilst British ex-pats in Spain failed to believe the article, despite it being on Spanish main news.

The British government themselves have come out to defend their actions.

A government spokesperson, when questioned in regards to the actions of the UK Border Force who have been detaining not just Maria but many EU inbound citizens, said:

Asked if the government was being “heavy-handed”, the spokesman said:

Asked if the government was being “heavy-handed”, the spokesman said: “For those that are coming in, we’ve done a lot of work to share information across the EU to encourage all EU nationals to check what documentation and visas are necessary.

“And so they’re aware they may be refused permission to enter at the border.

Asked if the government was going to tell Border Force to change its approach, the spokesman said: “I think the approach that we’re taking is as I’ve set out.”

He added: “The majority are seeing no issues as a result of that. That’s work we will continue.”

He further added that the UK’s approach was “very much in the spirit” of agreements made with the EU after Brexit – “and we’ll continue to do so.”

Detainees are not just sent back on the next available aircraft as you would think; they are taken to Colnbrook immigration centre, where they are placed behind bars for several days before being returned to their home country.

Although the tough action by the UK Border Force is set to bring retribution by EU countries in retaliation.

In Madrid, ministers are preparing to retaliate on British ex-pats, a close source speaking outside the Spanish congress revealed to our Spanish reporter, ” If that’s the way the British wish to play it – so be it.

“We have been here in Spain very lenient on British immigrants who live here without the correct documentation since Brexit.

“That will be changing, shall we say, the British wish to play ‘hardball’ with our citizens  – we can play that way too,” he hinted.

Thousands of British nationals still live in Spain without the full documentation required.

Many blame the Spanish system’s speed for not having the correct documents in time. Despite applying, others haven’t applied in the hope of the myth that Spain would turn a blind eye, preferring British funds into the Spanish economy.

Many are starting to fear retribution from the Spanish government and be dealt with a far firmer hand.

Anthony Wilkinson, a British immigrant in Valencia, took the time to explain he said:

“The wife and I have submitted all our paperwork correctly, but we are still waiting; the Spanish government until now have, yes, been slow but very lenient in regards to applications caused by Brexit.

“Spain never asked for this; half of Britain did in a vote the people of Britain should never have been given.

“The majority did not even know what they were voting for, and to make matters worse, as we lived overseas, we were denied any vote, meaning we could not vote on our own experiences and circumstances.

“Until now, though, everything has been very shall we say ‘peaceful’ in regards the transition of Brexit apart from a few small hiccups but now the way the British government are treating the Spanish by placing them in effect in prison for wrong paperwork I fear will set the cat amongst the pigeons.

“The British government started this Brexit shambles, and now at the end of it, they still look like they are going to finish it in a complete shambles provoking the likes of the Spanish government.

“The Spaniards are very proud people, they aren’t going to stand for this, and it will be us Brits who will pay the price.

“To be fair, you can’t blame them if they turn up the heat in retaliation against us; Boris and his cronies have started it.”

“Number 10 have started this, and we, I fear, will pay the price”, he finished.

It’s reported that in Spain, many Brit’s have carried on living in the country without having made any applications for residency at all and took the gamble to stay instead of leaving on March 31st.

One of those, who now doesn’t wish to reveal himself due to the fears of retribution, told Global247news,

“Personally it looked like Spain was going to turn a blind eye; I haven’t applied because I admit I have a criminal record from the past, many like me also haven’t applied for many reasons, some can’t return to the UK, you would be surprised who as well.

” Well, they can get on the plane but would be arrested on arrival for all types of reasons; some of them promote themselves as public faces here in Spain.

“Truth be told, most come to Spain for a reason and can’t return, Spain provided cover, but now that cover looks like it could be over if the Spanish authorities turn up the heat.

“The belief of many was Spain, like in many other circumstances,  would take a laid back approach, but now we fear retribution.

“I know many worried and concerned people for all different types of reasons, worried about applying and be declined and worried of being returned home; it has got a lot of people concerned”, he finished.

Spain so far, despite police claims in March that they were being lined up to round up ‘illegal British immigrants’ have taken a laid back approach, whilst hundreds of Brits wishing not to apply to become Spanish residents flew home, nobody as yet has been officially deported, although that could soon change now that Britain has started locking up and detaining and removing the Spanish as if they were criminals.