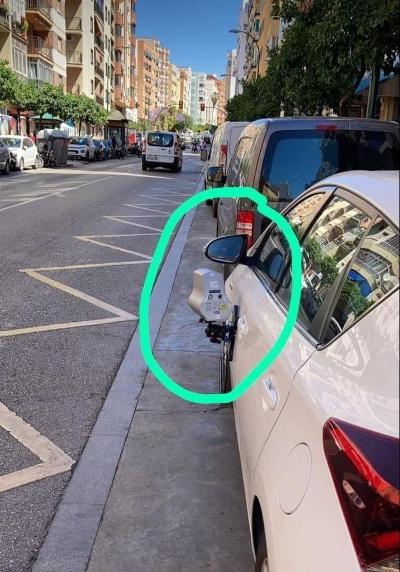 Speed limits have been reduced on Spain’s Costa del Sol in recent days, although not all road signage has changed.

As Spain attempts to pull back its economy for local governments due to the pandemic, residents feel the fines for not wearing a mask or speeding are ‘cash cows for the local town halls.

Tommy Docherty in Spain’s Fuengirola told Global247news how he, whilst walking, had spotted the protruding cameras catching out motorists.

He said: “It’s very crafty; if you were driving, you would not notice them, low down on parked cars, I think it’s way out of order.

“It’s far too sneaky. However, I don’t trust the Spanish cops to be fair at the best of times.

“I walked through Fuegi today; I counted at least 10 cars with them fitted,” he claimed.

Meanwhile, in the next town of Benalmadena, Craig McGown told how he’d spotted plenty whilst cycling, claiming they are dangerous, he said:

“They stick out low down, and as a cyclist, they are very dangerous; you could easily ride into them by accident.

“Benalmadena has plenty of these traps now,” he said.

Talking to a National police officer, Jaguar owner, Grahame Dunne claims the cameras are to be also in play across the Costa Blanca as well as the Costa del Sol.

“Apparently they are going nationwide the cop told me” he warned.