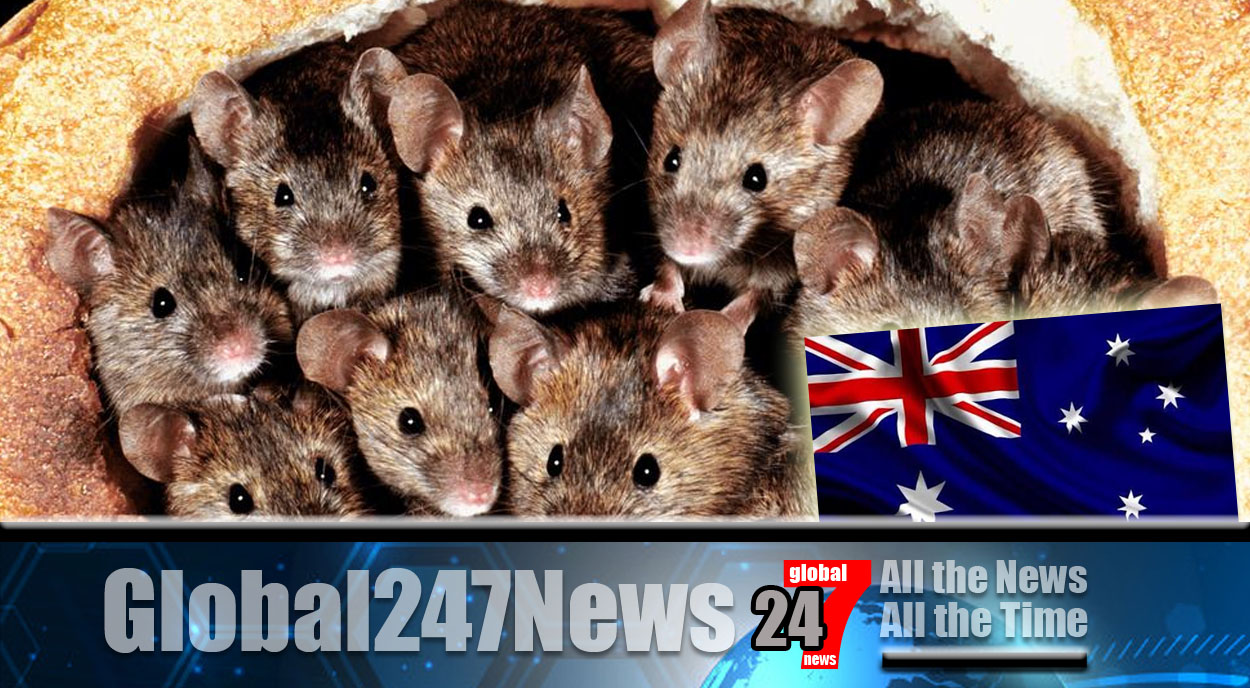 During one of the worst plagues for years in Australia a video has shown mice falling from farm machinery.

Mice plague in New South Wales. The footage was filmed on an Australian farm. Farmers from New South Wales (NSW) have said the rodent plague amounts to a “natural disaster” and have begged the local Government for financial help.

They have asked the agriculture minister for NSW for $25,000 per farm to put towards the cost of rodent bait. Following research by the Commonwealth Scientific and Industrial Research Organisation (CSIRO) grants have been passed to use double strength bait as the problem is so bad.

According to survey results nearly a third of farmers have already spent upwards of $20,000 on rodent control measures. Chief executive of NSW Farmers, Pete Arkle, said that the Government should be helping the NSW farming community by paying half the costs of the baits.

He went on to say “It’s a small portion of the cost that commercial grain producers are investing to drop mice baits out of planes.” He said a mild and damp winter is forecast that will only add to the problem.

But NSW environment minister Adam Marshall said during an interview with ABC “The proposal that I’ve read in media reports would cost anywhere between $600-700 million.

After spending nearly $4.5 billion in drought support, I don’t have that money on my fingertips.” NSW Premier Gladys Berejiklian acknowledges there is a problem but seems to be distancing herself from it.

She said “We are doing everything we can but there is only so much we can do, it’s nature at the end. One of my colleagues joked there’s a lot of fat snakes out there at the moment. We can’t pretend to be able to fix what is a natural disaster.”

Farmers like Lisa Minogue say that the smell is horrific. She said she picks up all the dead mice but there are always more to follow. She finished off by saying she had done 38 loads of washing in just three days due to the rodent infestation.