May 13, 2021 Druggie Claire Johnston threatened Guard With Dirty Needles Whilst On The Rob 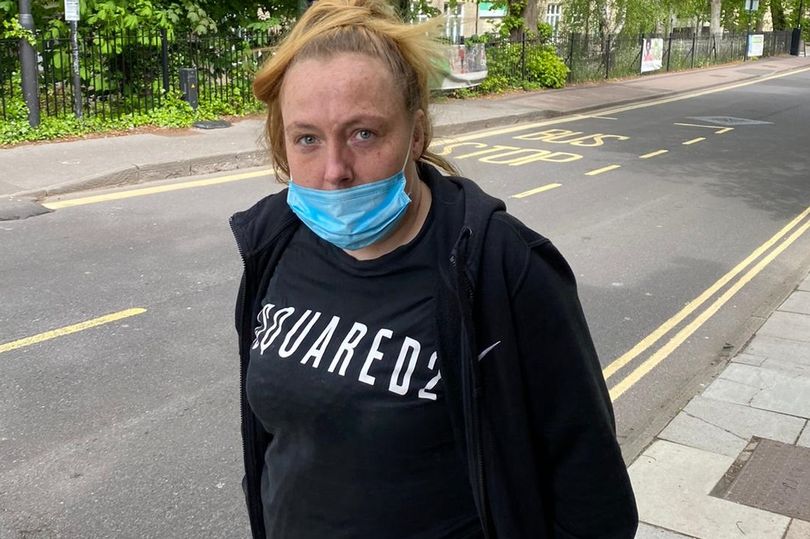 A woman said she could “hurt” a security guard with needles as she shoplifted cider.

Claire Johnston made the comment as she went on the rob and stole a £5 bottle of Thatcher’s from the Sainsbury’s branch on Monmouth Street in the city centre.

The 34-year-old, of Moorfields Road Bath, appeared at Bath Magistrates’ Court on Wednesday and admitted to the crime.

A security guard had been watching the store CCTV at around 9.20 pm on November 13 last year. He watched Johnston enter the shop, take a bottle of Thatcher’s cider and place it in her shoulder bag.

Prosecutor Paul Kelly told the court: “She left without any attempt to pay. The security guard engaged with the defendant and saw the bottle of cider in her bag. When he engaged with her, he could see needles and syringes in the bag.

“She responded, ‘I have needles and I can hurt you.’ The guard was concerned for his own welfare, and given the item was of low value, he did not engage further and allowed the defendant to leave.

“He called police to the store, who recognised the defendant on the CCTV and located her around the corner soon afterwards. The cider wasn’t recovered.”

Mr Kelly said Johnston has an extensive shoplifting history but had not been before the courts since 2018 when she was jailed for 20 weeks after committing fraud by false representation.

Johnston was arrested on Tuesday and spent a night in a cell, after failing to attend the initially scheduled court appearance. She said the notice to attend had been sent to the wrong address.

Dianne Heys, mitigating, said: “Someone she had been living with shortly before the offence had passed away, from natural causes, but it had quite a devastating effect on her and I’m sure others as well. In her words, she went off the rails, drinking a bit too much.

“She has had an underlying difficulty as far as Class A drugs are concerned. She says she would never have harmed the security guard but accepts she made reference to the fact she had the needles.”

Johnston has a 15ml daily methadone prescription to help her stay off drugs and she receives help from the drug and alcohol service DHI.

Ms Heys added: “She stays here, there and everywhere, so she cannot cooperate with a curfew requirement.”