Teenagers get stuck in kiddy swings for TikTok posts

May 12, 2021 Teenagers get stuck in kiddy swings for TikTok posts 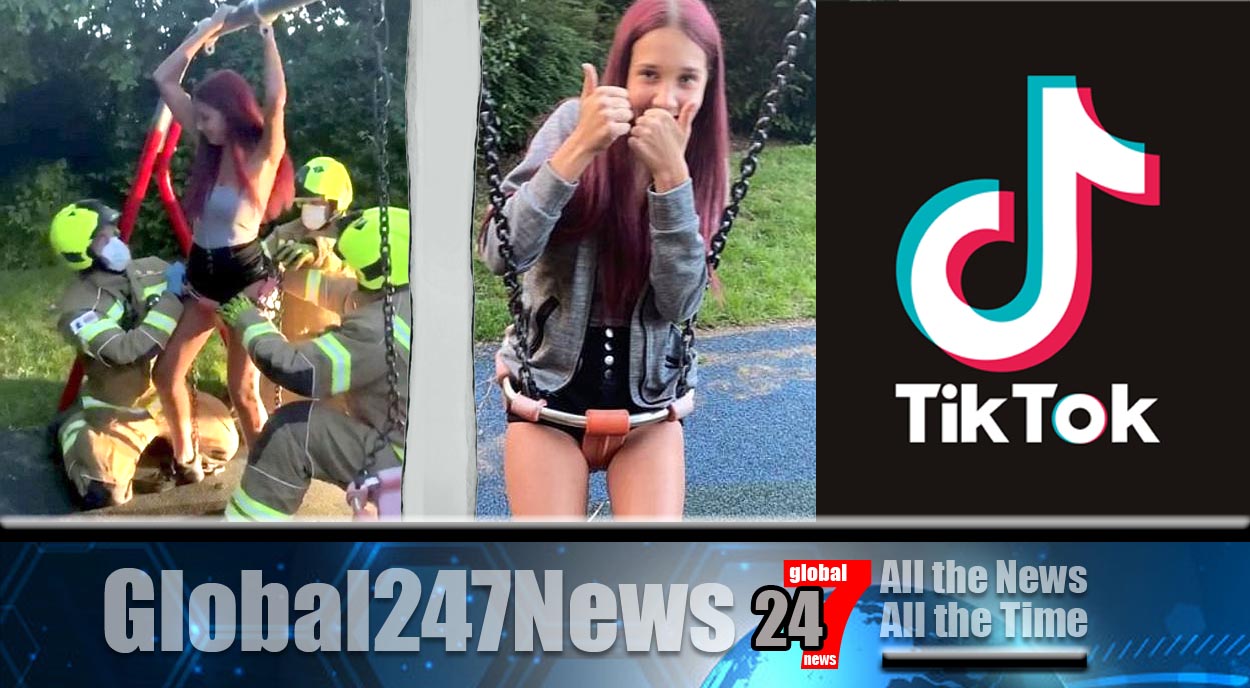 As a new TikTok craze sweeps through London teenagers are getting stuck in toddler swings.

Teenagers get stuck in kiddy swings for TikTok posts. In a bid to find TikTok fame they are squashing themselves into the tiny swings and then becoming stuck.

So far this year the London Fire Brigade (LFB) has been called out to 21 instances. The latest callout saw them having to completely dismantle a swing after a 14-year-old got wedged tight in Ruislip, north west London.

Firemen then removed her and re-assembled the swing. She had been filmed by her friends to put the video on TikTok. After so many calls the LFB are now warning teenagers to think again and not waste vital crew time.

Assistant commissioner for London fire stations, Jane Philpott, said “Our firefighters attend a wide variety of challenging incidents and far be it from us to judge the precarious positions some people find themselves in. But in their quest for TikTok fame, people have been potentially diverting our crews from more serious incidents and that isn’t something we want to see.”

The social media craze started in 2020 and has resurged in recent weeks with more than half the callouts coming in April. In 2020 the fire brigades were called to 52 separate incidents of swing madness, most of them in the early evening.

As some of the youngsters have to be cut out of the swing it is costing London borough councils a fortune to replace them in kiddie’s play parks. Ms Philpott went on to say “Each job our firefighters do attend takes time and we are hoping to prevent further call outs to such incidents by issuing this warning.

We would ask people to please just think twice before taking part in this challenge. Think of the injuries you could cause yourself, the damage to the swings which have to be cut apart and most of all the fact you’re tying up resources which could be needed for a genuine emergency.

It might be a fun story for your friends, but wasting the time of emergency services is serious.”