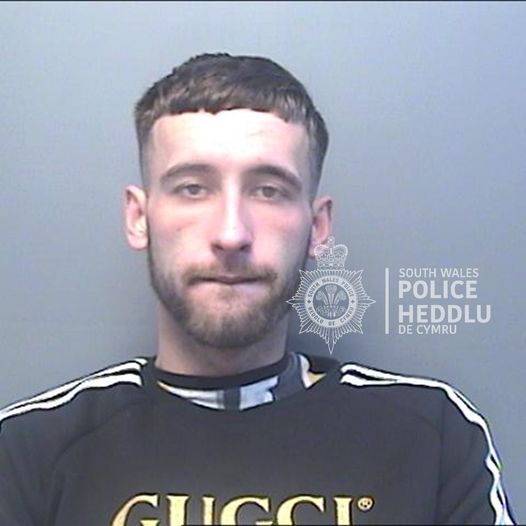 Corey Evans, aged 23, from Aberavon, was sentenced yesterday, Tuesday 11th May, to a total of 4 years in person following an attempted robbery.

On 4th April 2021, around 3 am, a report of an attempted robbery was received after the McDonalds in Aberavon was entered by Corey Evans.
He was in possession of a Stanley knife and demanded staff open the till. He left empty-handed.
Detective Constable Meirian Evans said: “This was a frightening ordeal for the staff, who were left extremely shaken, so I am pleased that he has been sentenced accordingly.
“I would like to reassure the local community that crimes of this nature are rare. However, South Wales Police will relentlessly pursue these violent individuals and, together with the courts, ensure they are behind bars.”
Local residents in the town appear delighted the failed robber has been placed behind bars, Dai Lewis who went to school with the offender said: “Great news, he’s one of life’s scrotes and has been robbing for years.
“He’s one of those you just can never trust, even in School he was always on the rob and it carried on after, he’s well known for being a thief, he’s thankfully where he belongs now, in the nick thanks to the police”
Advertisement